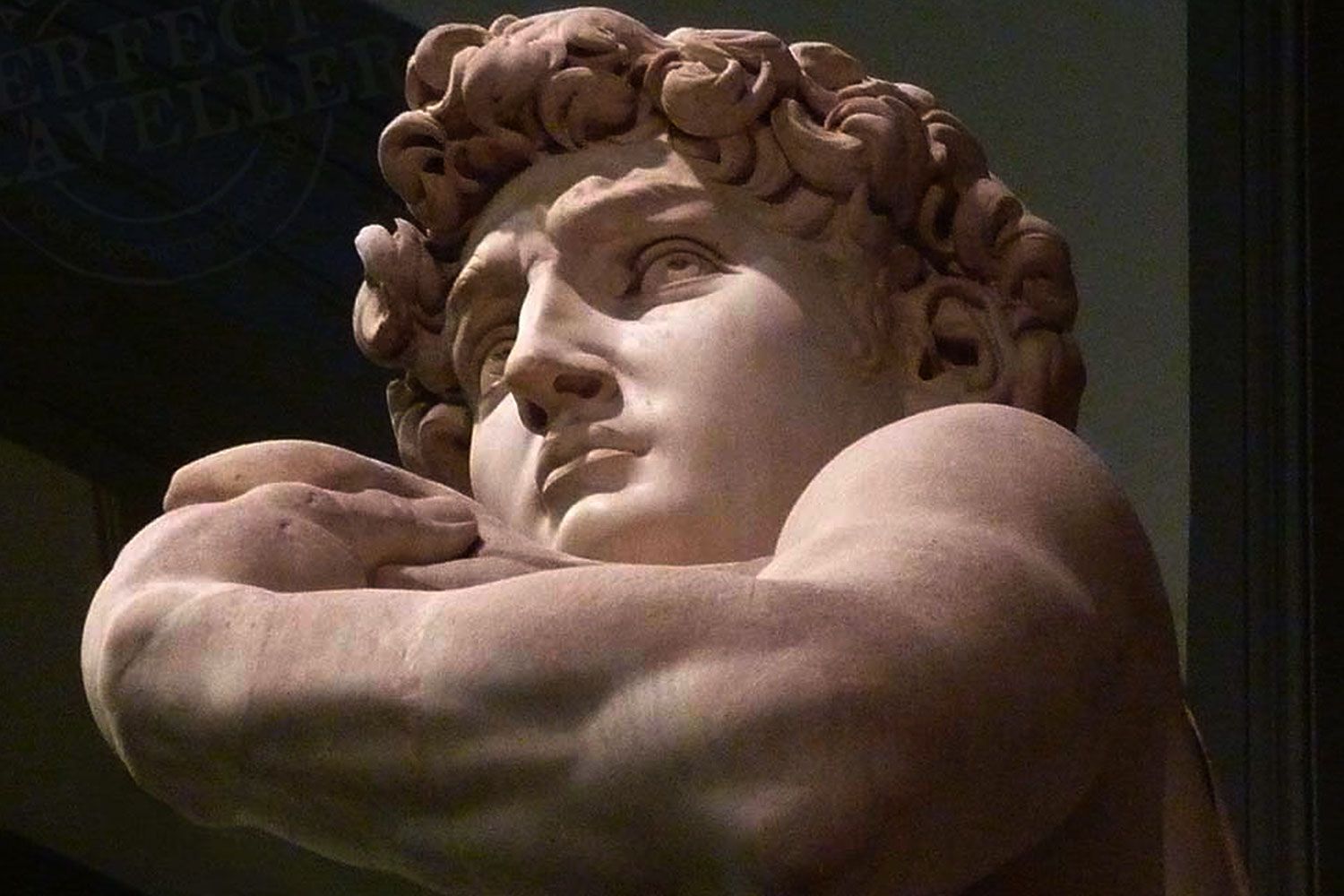 Getting off the Beaten track in Italy with Perfect Traveller and Peter Kilby.

Often the best stories are hidden away behind the noise of the crowds and the obvious “must-see” landmarks of a city. Perfect Traveller takes you off the beaten track where a sense of adventure combines with a real sense of discovery as you unravel and reveal some of the great artistic and historical secrets of the great and smaller cities of Italy. 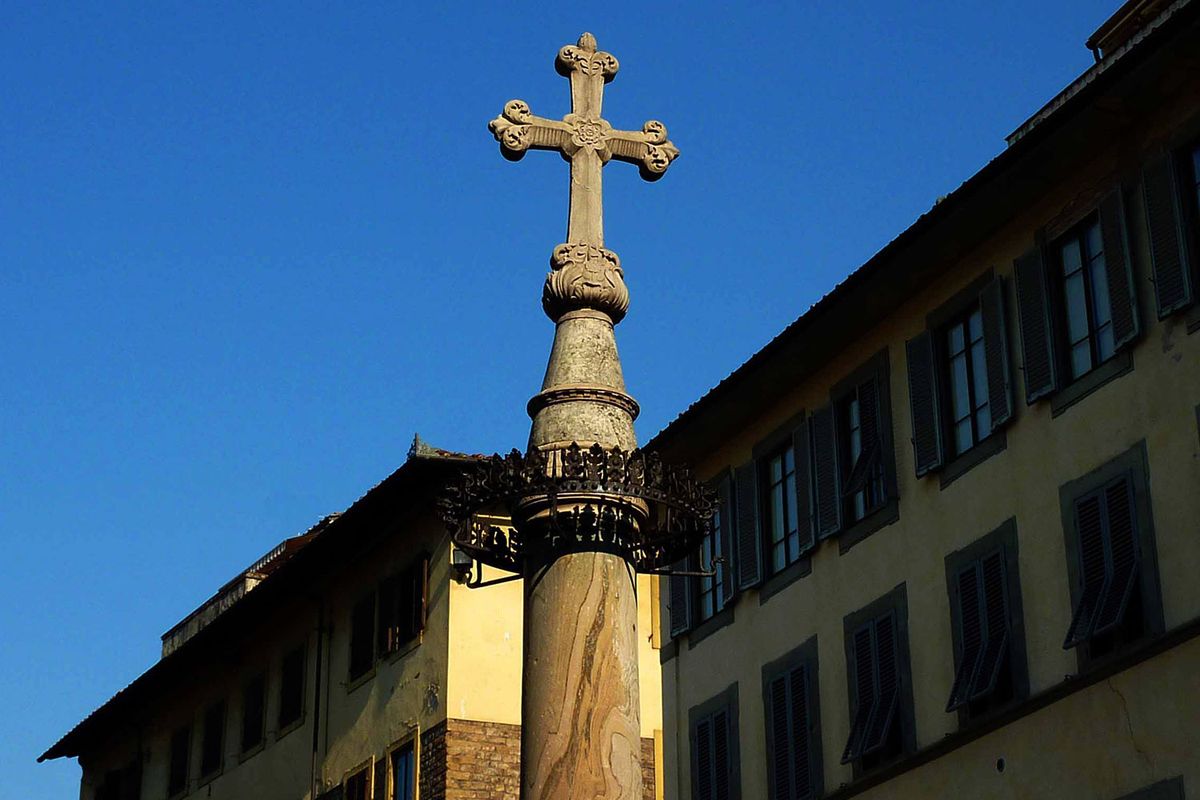 Off the beaten track in Florence with Perfect Traveller and Kilby.

An excellent example of discovering the real story behind a story takes us to Florence; the date was the 25th January 1504, when the sculpture of David by Michelangelo was nearing completion. Florentine authorities had to acknowledge there would be little possibility of raising the more than 6 ton statue to the roof of the cathedral; the prevailing idea of the day was to crown the city with the greatest sculpture since antiquity as an extravagant gift from the all-powerful guilds of the city.

A meeting was convened, consisting of a committee of 30 Florentine citizens that comprised many artists, including Leonardo da Vinci and Sandro Botticelli, to decide on an appropriate site for David much to the chagrin of the great artist. While nine different locations for the statue were discussed, the committee participants had effectively split into two camps each pushing for their solution to the problem of where to locate the great statue. One group, led by Giuliano da Sangallo and supported by da Vinci and Piero di Cosimo, among others, believed that, due to the imperfections in the marble, the sculpture should be placed under the roof of the Loggia dei Lanzi on Piazza della Signoria; the other group thought it should stand at the entrance to the Palazzo della Signoria, the city's town hall (now known as Palazzo Vecchio). 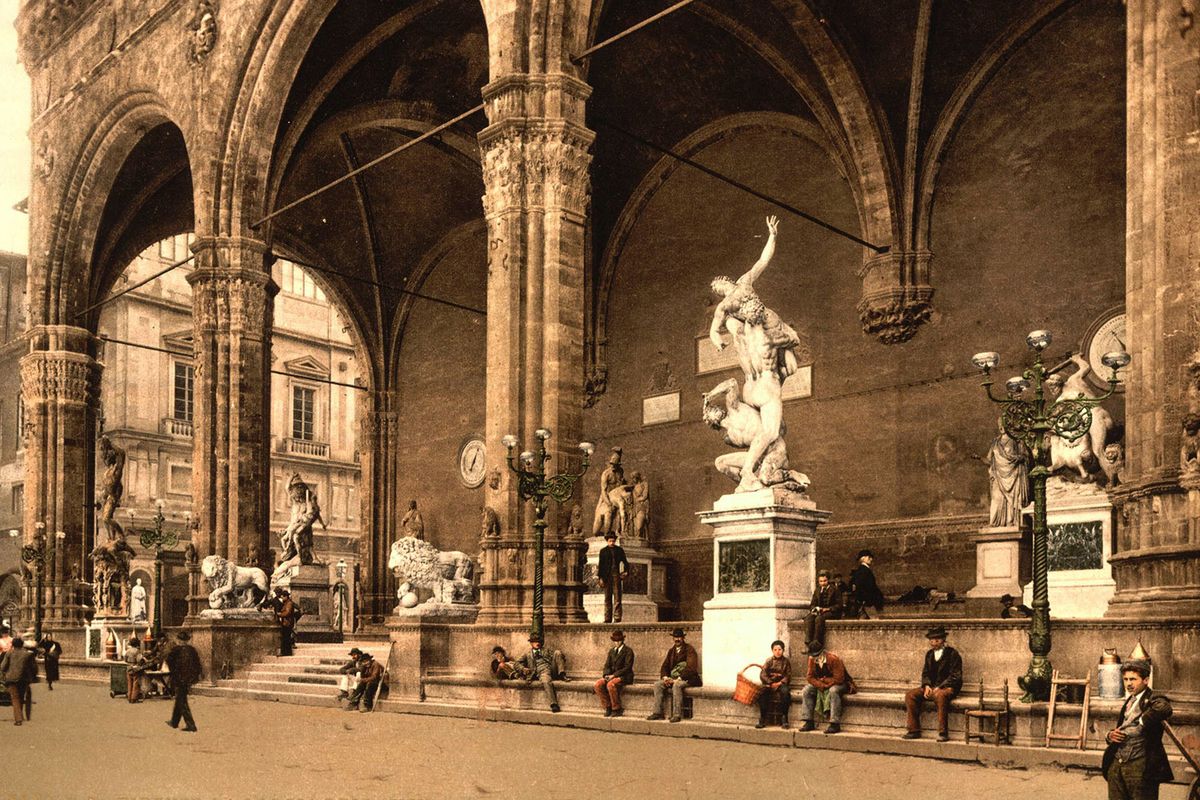 Loggia dei Lanzi in Piazza della Signoria, Florence between 1890 and 1900

Another opinion however, supported by Botticelli, was that the sculpture be situated on or near the cathedral. In June 1504, David was installed next to the entrance to the Palazzo Vecchio, replacing Donatello's bronze sculpture of Judith and Holofernes, which embodied a comparable theme of heroic resistance. It took four days to move the statue the half mile from Michelangelo's workshop into the Piazza della Signoria. Later that summer the sling and tree-stump support were gilded, and the figure was given a gilded loin-garland which has fortunately been removed and lost in the passage of time.

In 1873 the statue of David was removed from the piazza, to protect it from damage, and displayed in the Accademia Gallery in a special “tribune” designed by the architect Emilio de Fabris (1808-1883), where the world comes to visit it today. A replica was placed near the entrance of Palazzo Vecchio in Piazza della Signoria in 1910. It simply does not have the same presence or majesty of the original which any visitor to Florence must see on display in the Accademia. 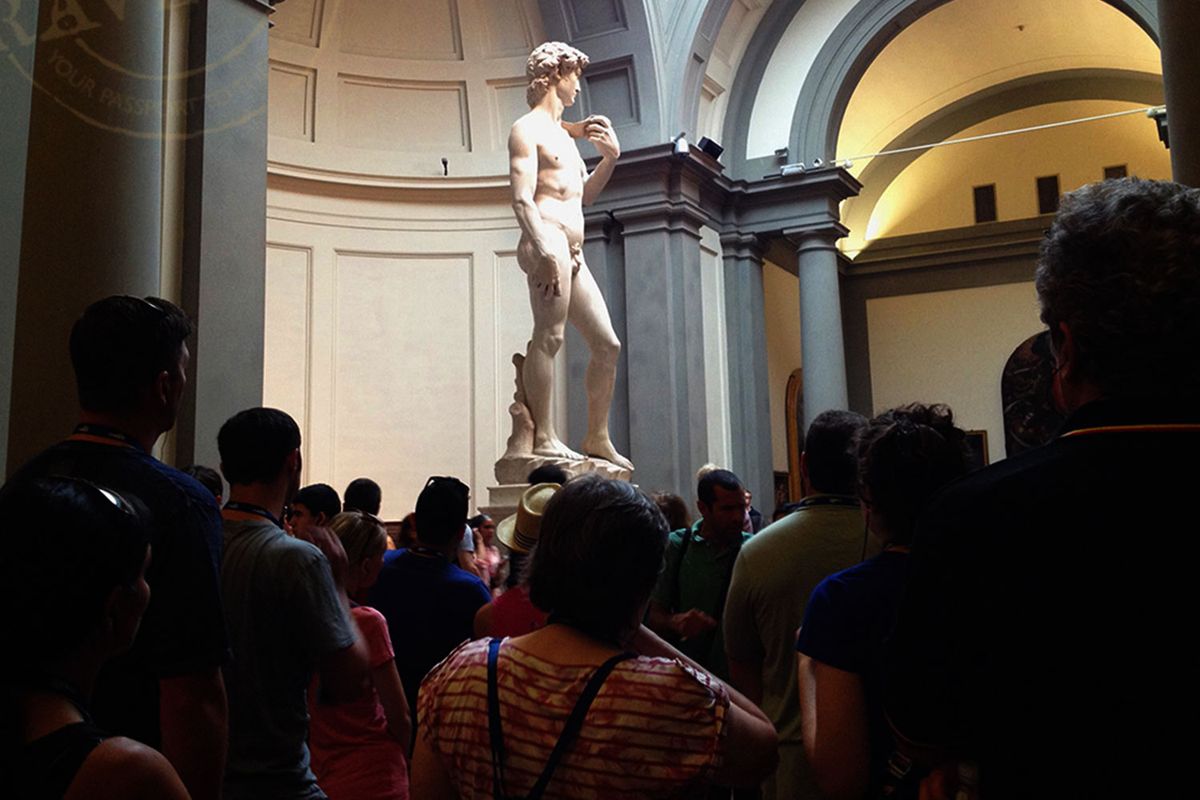 The world visits David by Michelangelo, on display in the Accademia in Florence.
Location