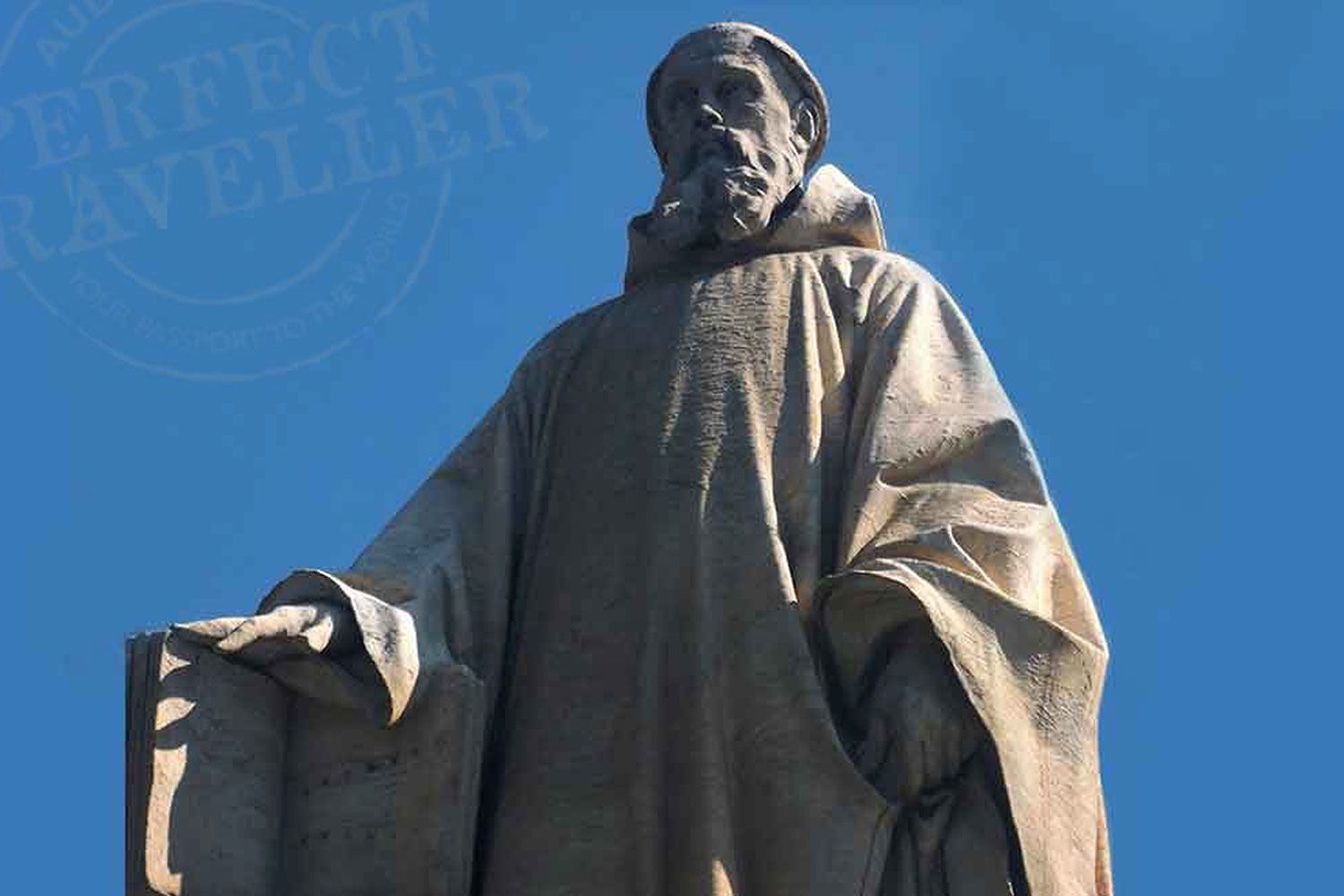 Who was Guido Monaco?

Guido changed the world of music, musical notation and singing, and when I think about that my mind struggles with the sort of genius he was blessed with, to do exactly that. Born in either A.D. 991 or 992 Guido followed the course of many learned men of his day and became a monk of the Benedictine order and a teacher of song.

As a teacher and something of a musical historian he had first-hand experience of the difficulty singers had in remembering the ancient, complex and the many Gregorian chants expected to be sung at any time. Music effectively belonged to the worlds of the singing and poetic narratives of travelling Troubadours and the religious chants of monastic choirs scattered throughout Europe. For centuries this material was memorized and passed down from generation to generation which was a masterly feat in itself.

How did he change the world of Music?

We do not know who created and introduced Neumeric notation into western music, but it was a move forward, allowing a person that read this primitive form of written music the opportunity to be reminded of the position of certain basic notes – without knowing the piece of music in the first place the neume’s were effectively useless. Enter Guido and by gosh enter he did and by creating and introducing his new and radical ‘staff notation’ this monk single handily changed the world of music forever! 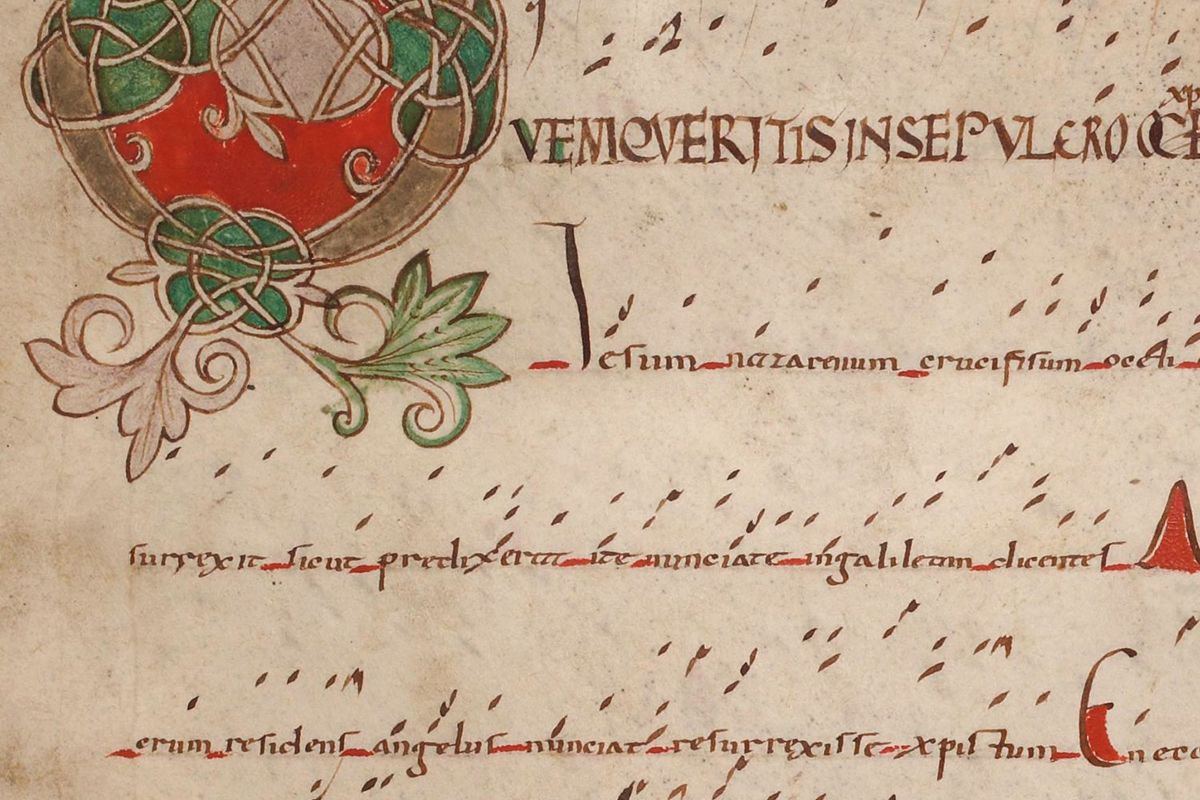 A very early manuscript showing “neumes” marked above the words to be sung.

He was invited to Arezzo by Bishop Tedald to teach and conduct the singers of the cathedral in relative peace and isolation. It was here in 1020 while developing and perfecting new techniques for the teaching of singing he introduced to his Bishop his staff notation and the use of the "ut–re–mi–fa–so–la" (do–re–mi-fa-so-la) mnemonic (solmization). The basis of all western music from that moment on was born in a monastic cell by a simple man who was determined to provide the opportunity for his singers to pick up his music at anytime and anywhere and by reading his notation sing the words in the right sequence of tones and notes. The world had changed forever and the often-neglected Guido to my way of thinking is as important as a Galileo, a Leonardo or a Michelangelo.

The entertaining and gifted Howard Goodall, in his superlative television series on the evolution of western music pays due homage to Guido. In the video I’ve posted above, Goodall explains how important Guido of Arezzo’s contribution to music is and describes how Guido created his rule for singing. Goodall's explanation is wonderful and has me respecting even more the genius of this monk. Where would music be without the brilliance of this man working in Arezzo almost 1,000 years ago?

Try to imagine Mozart or a Beethoven working on their masterpieces, grabbing for the next sheet of paper and frantically scribbling down their remarkable music; music that will stand forever. And yet each time these geniuses grabbed for that piece of paper and began to write their music, they had Guido to thank. Even the much-revered pop icon John Lennon, scribbling down his rifts and lyrics was by execution paying homage to a Benedictine monk working a thousand years ago in Arezzo in Tuscany, creating the foundation of perhaps the greatest of all artistic endeavors – music! 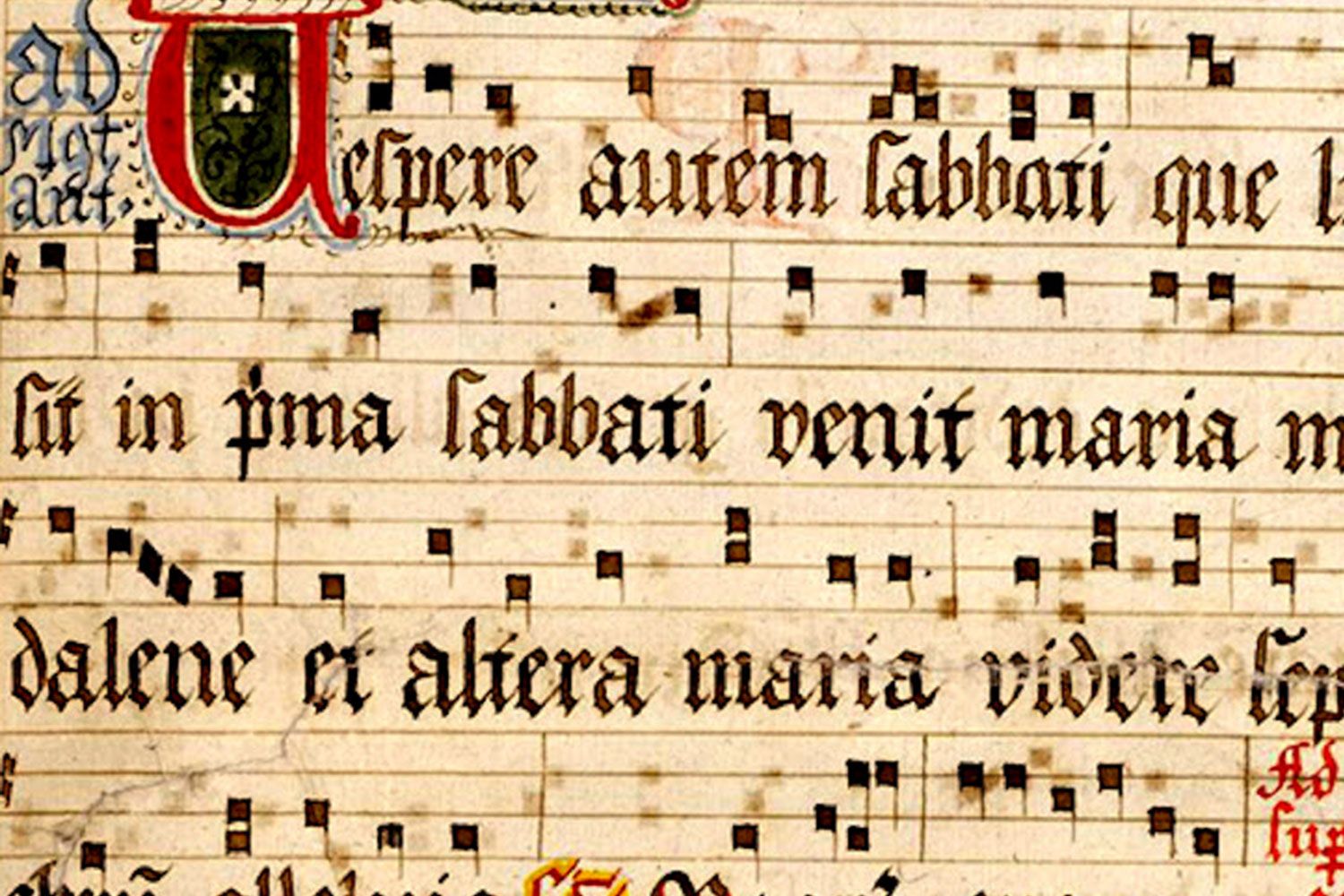 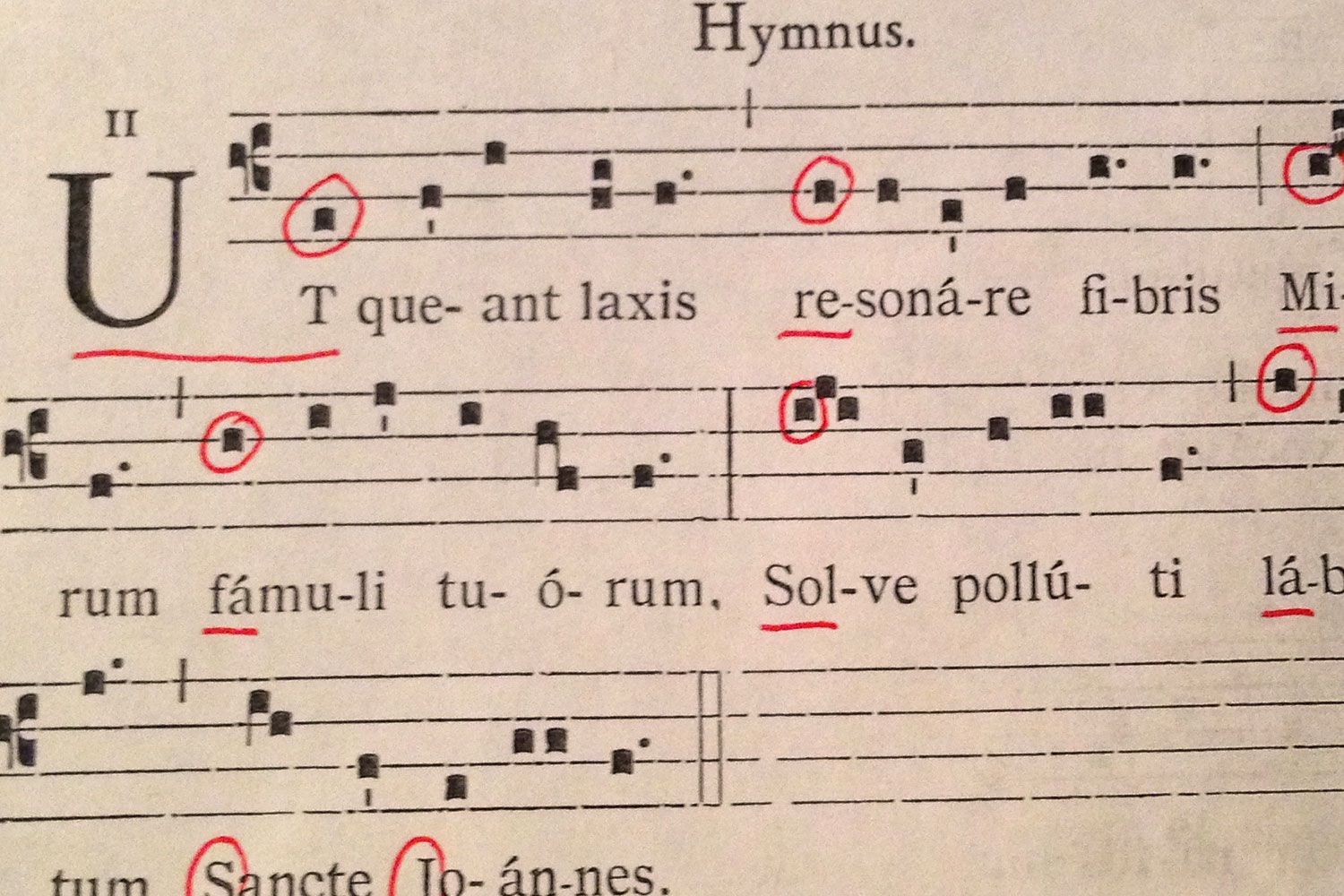 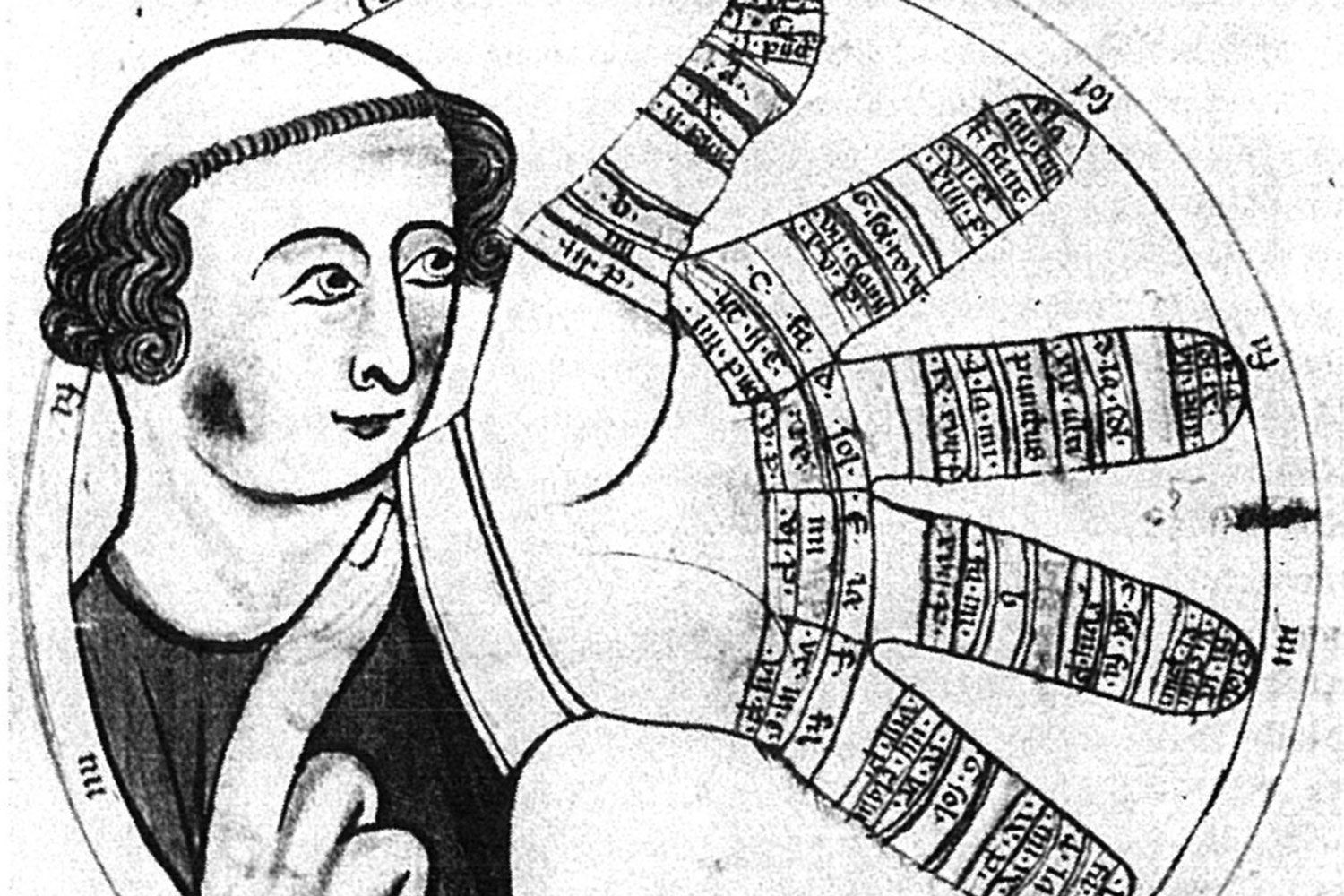 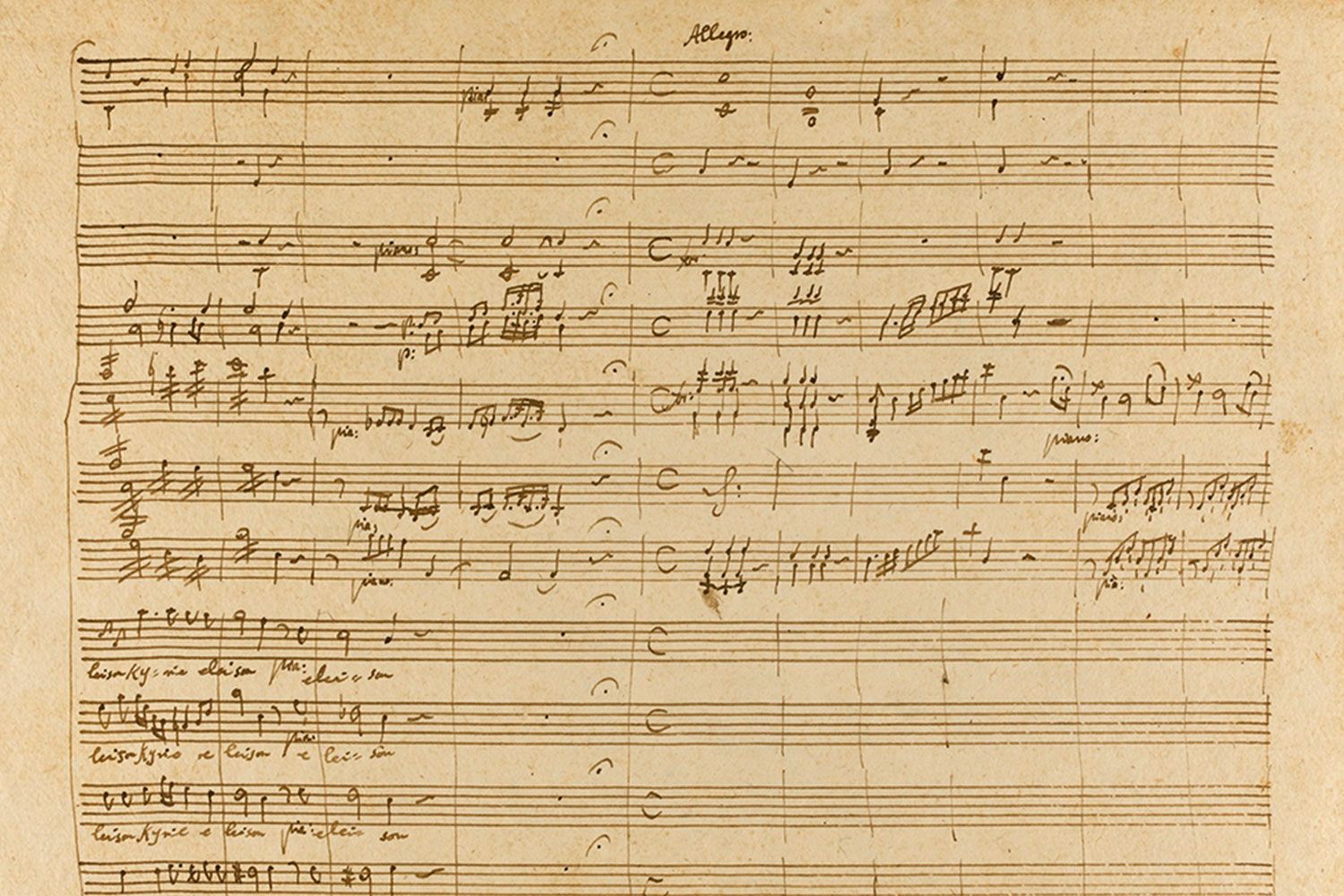 This story was originally published on September 4th 2020