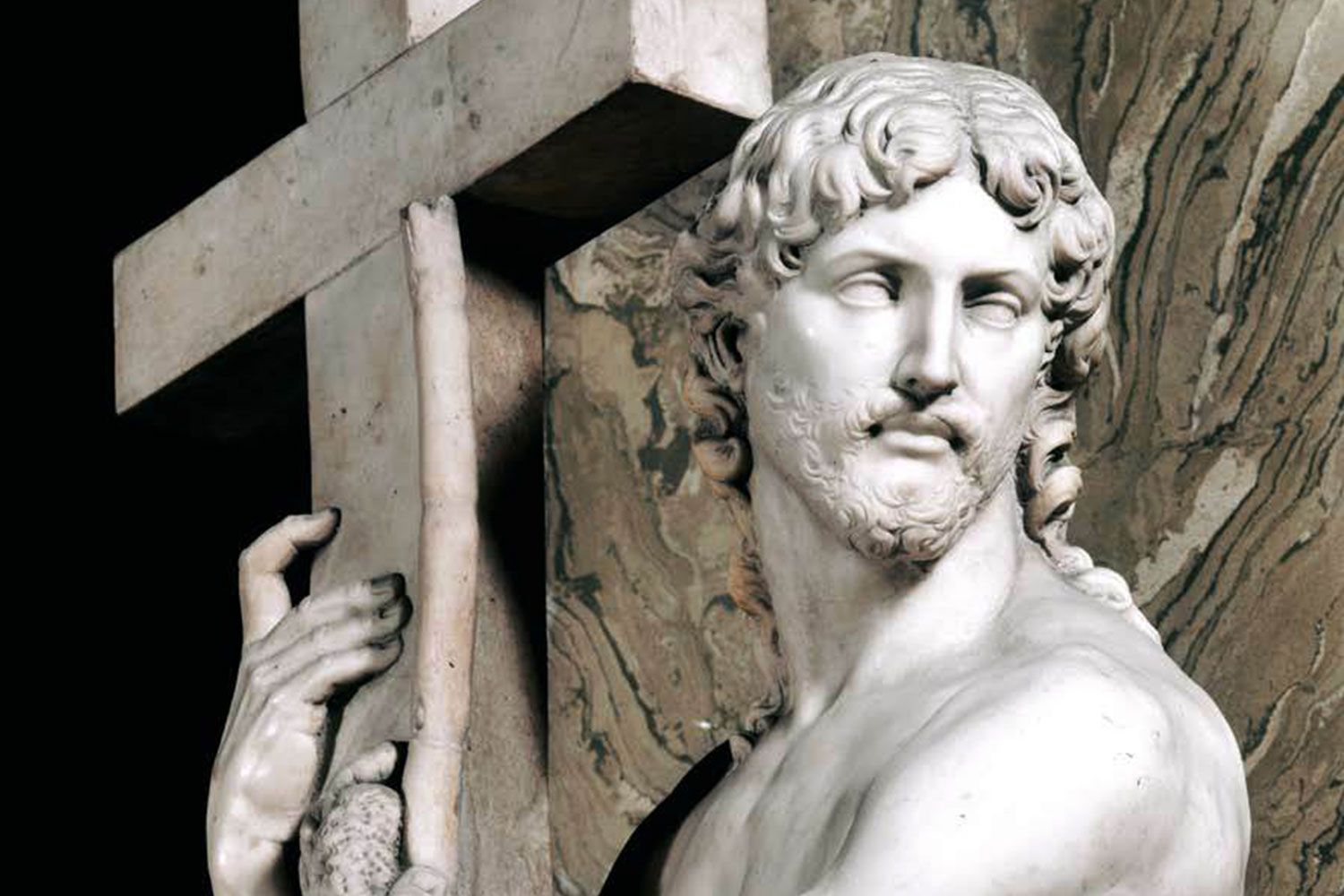 Three handwritten sheets of paper bound in a red and gilt morocco album sold for US$567,000 at Sotheby’s New York on 11th December, 2006. Two of the sheets featured sixteenth century popes Clement VII, the man who fled Rome for Orvieto in the face of the 1527 sack of Rome by the troops of Charles V (and more recently revealed as the illegitimate son of Pope Leo X) and Julius III, who scandalized polite society by making his seventeen-year-old boyfriend from Parma a cardinal! 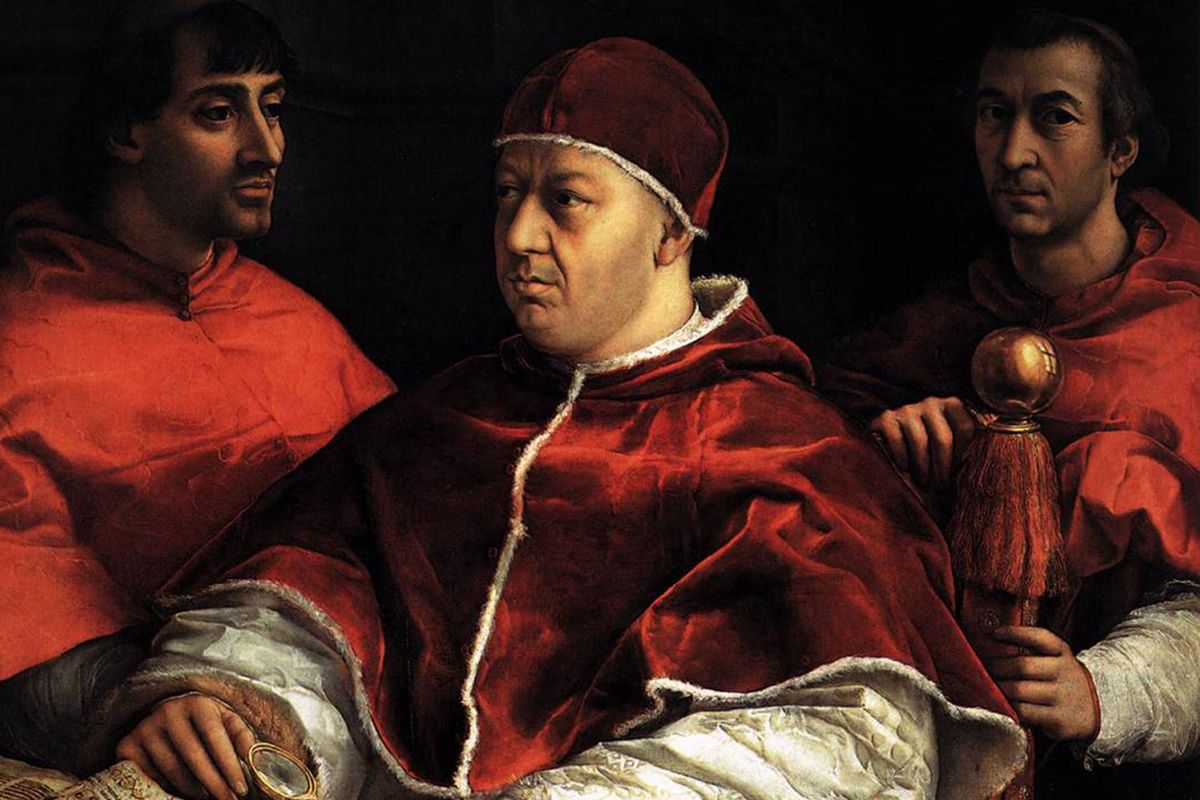 The third sheet of paper however, caught the imagination of those biding that night in New York because it was hand written by Michelangelo himself in 1521, relating to the payment for his statue, Christ Risen. This work is often overlooked by the thronging masses that invade Rome every year. It stands quietly in the church of S. Maria sopra Minerva, literally under our noses. The letter describes his payment of 200 ducats (approx euros 34,000 today!) to Michelangelo for the commission and his payment of 7 ducats to Pietro Urbano and Federico Frizzi to finish and install the piece in the church. 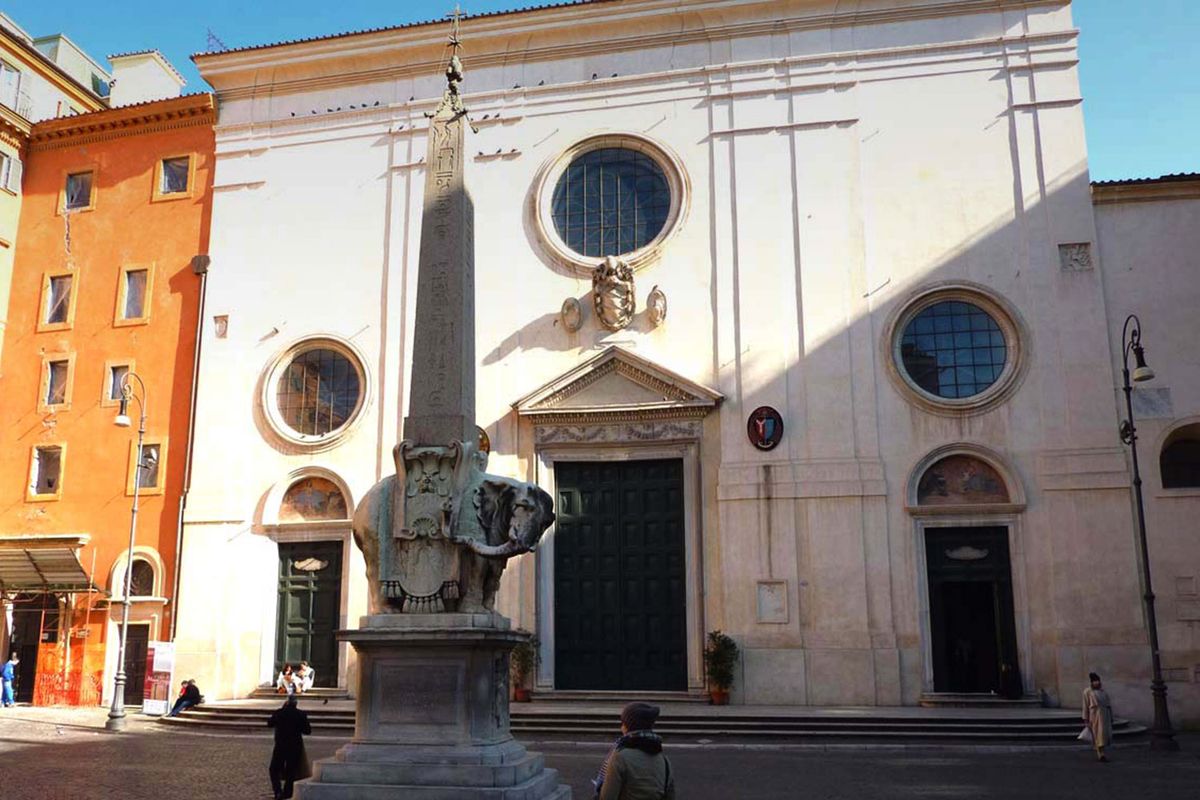 The artistic and physical demands that Michelangelo placed upon himself meant that whatever he created, was nothing less than the best of his genius! But even geniuses make mistakes and by commissioning Pietro Urbano, his favoured young and impetuous assistant, to finish the statue, Michelangelo had unwittingly condemned his statue to mediocrity. It became a parody of his own unsurpassed skills in marble.

The end result proved a disaster. “I must inform you that he (Pietro Urbano) has spoiled the marble wherever he touched it,” wrote Sebastiano del Piombo to his friend. Federico Frizzi, a Florentine sculptor of some renown and another respected colleague of Michelangelo said, “the hands of Christ seem to have been worked by a biscuit-maker, not wrought in marble, but kneaded by someone used to dough!” Certainly, Frizzi felt he should have been awarded the commission to finish the Christ and not Urbano and indeed in a moment of fury Michelangelo removed Urbano and asked Frizzi to repair the damage.

Sebastino del Piombo continued his updates of the statue with Michelangelo, who was compelled to stay in Florence to work and spoke of Urbano as an upstart, who had forgotten all that Michelangelo had taught him, finishing his letter to Michelangelo by writing, “the knees of your Christ are worth more than all Rome together!” 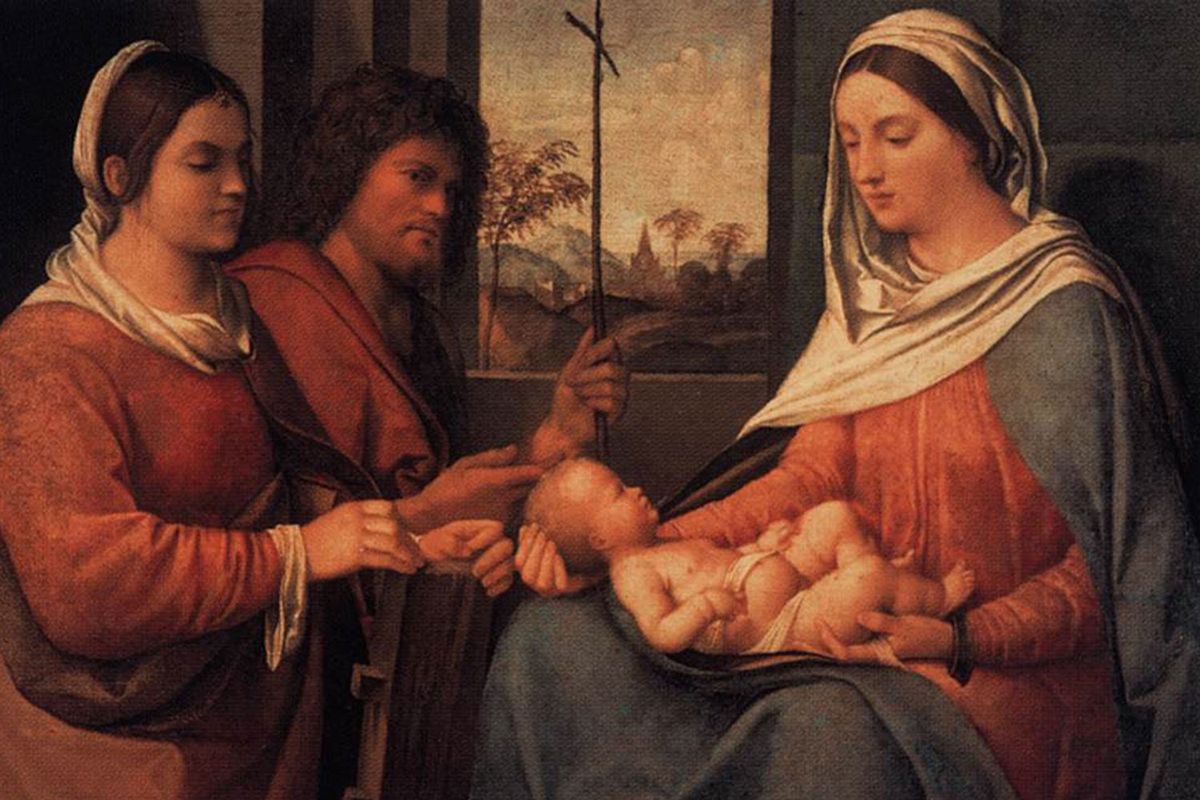 Michelangelo was tormented by the perceived mutilation of his piece; an artist who always strove for perfection and always worked alone on his masterpieces, had to accept that a lesser hand had defiled one of his statues. He offered to do the piece again, from a new block of marble. His benefactors in Rome would have none of it; better a Michelangelo in your hand than waiting for a new piece for who knew how long!

In truth the statue of Christ Risen was received with rapturous delight by Rome. So much so that the perpetual kissing of the right foot of the statue required a brass sandal to be made to stop the marble being completely worn away. The sandal has long gone but a form of censorship from another century has returned? In 1975 the art critic Waldemar Januszcak commented on the nudity of Christ and described the visual impact as profound.

Today, Michelangelo’s unique 500-year-old vision of a naked Christ has suffered the indignity of having a bronze loincloth carefully placed on the statue to cover the genitals of Jesus? This loincloth was created centuries ago, at a time when the church determined that nudity was an unacceptable temptation and a naked Christ was an outrage. For reasons unknown to this writer, Michelangelo’s Christ has been censured again in this modern age? 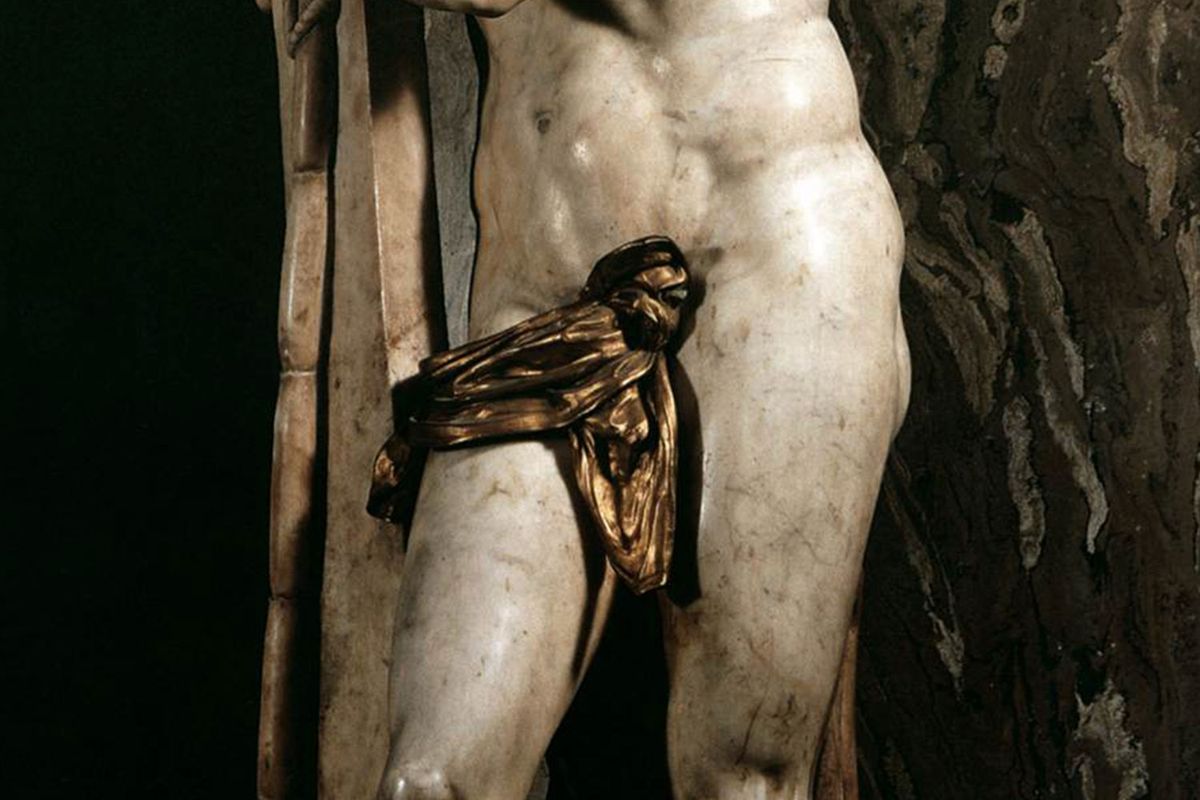 The infamous bronze loincloth carefully placed on the statue to cover the genitals of Jesus. Michelangelo would be furious.

There are many artistic and historical treasures in Rome, but few are as accessible or as moving as this piece by the master himself. It still stands there today, just to the left of the tomb of S. Catherine in the church of Santa Maria sopra Minerva, for us to admire and wonder about the man that carved it. 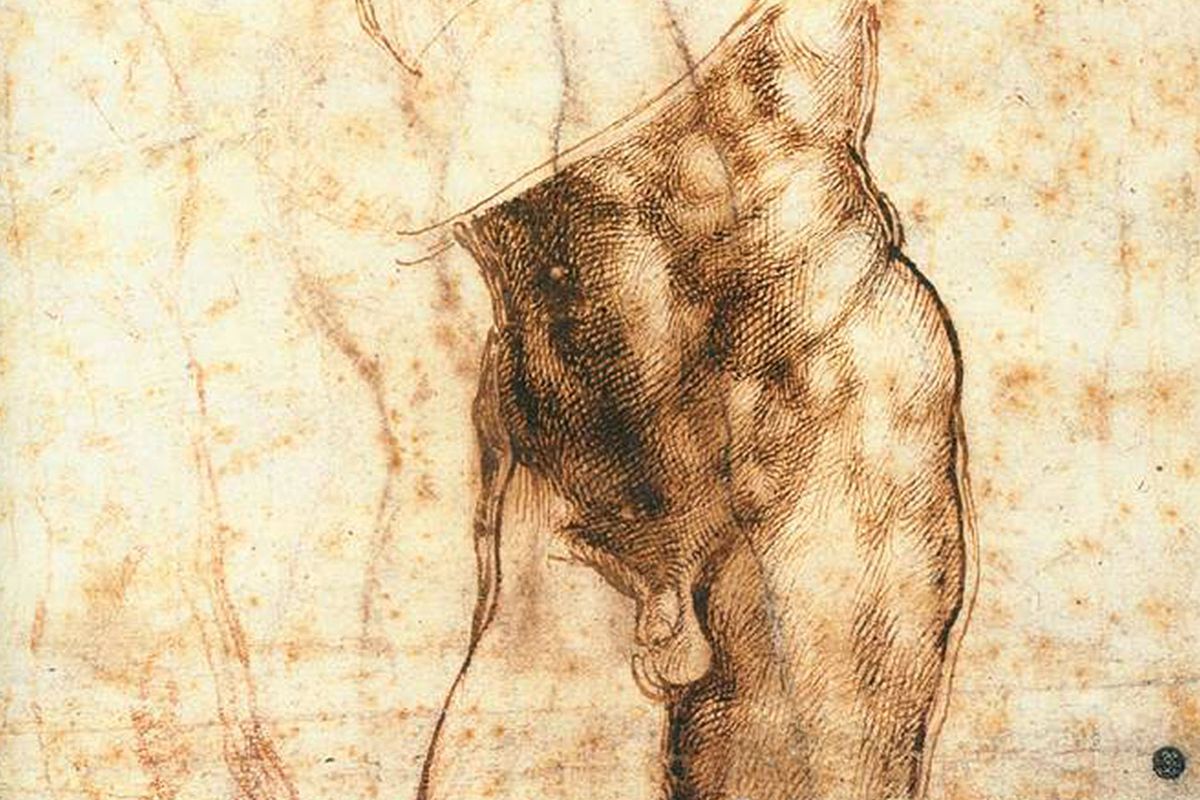 It’s very hard to find the real opening hours for S. Maria sopra Minerva, a church I have visited many times in Rome but always in the morning.

To be on the safe side I suggest visiting any time after 08.00 and before midday when it often closes and doesn’t reopen until 15.00. They like their long lunches do the Dominicans. 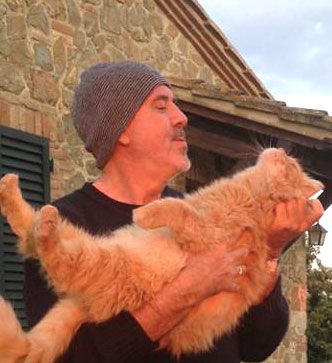