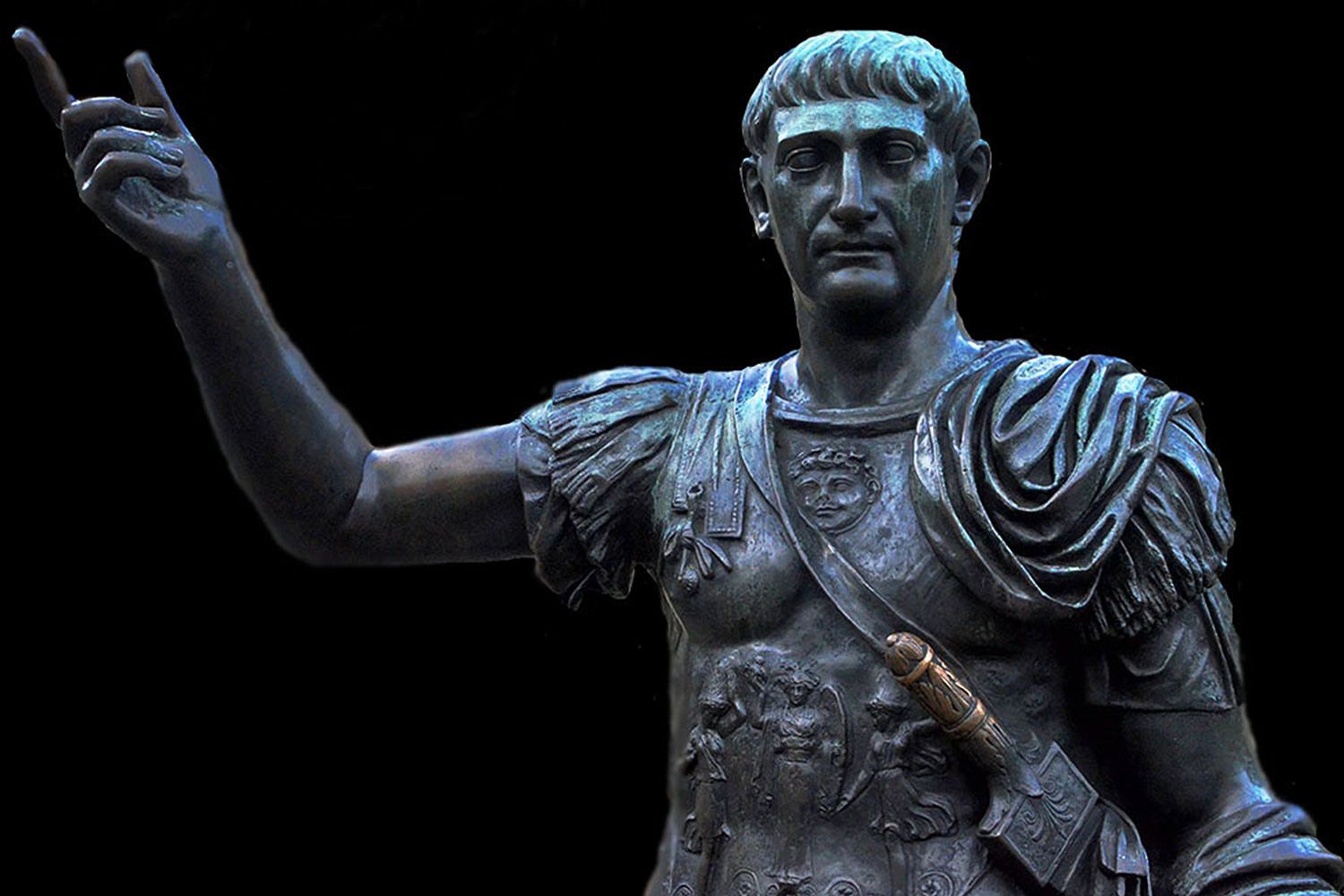 The remarkable history of Imperial Rome is a history of leadership. From the end of the first century AD and for the next one hundred years Rome often enjoyed brilliant leadership and because of it the empire ticked over like a Rolls Royce engine!

It was also the time when the Caesars of Rome were selected and not made as the automatic selection of the first born male child to succeed the father. It was Emperor Nerva who began this short lived tradition when in AD 97 he sent a handwritten letter to his governor of Upper Germany, Marcus Ulpius Trajanus, informing him of his adoption! Nerva died on January 28, AD 98 and Rome had in Trajan their new leader.

Trajan delayed his return to Rome and continued what he did best, wage war. He was a natural leader of men and in the tradition of Julius Caesar (100 BC – 15 March 44 BC) and Gaius Marius (157 BC – January 13, 86 BC) he was born to excel in war. His soldiers loved him and the Roman people much preferred a great Roman general over a great Roman orator! He was wise and cunning, and while he had enjoyed a sound education of the time, he was seen as not to be overly educated which endeared to many of his supporters in all walks of life. His decisive and ruthless actions and on the battlefield were just as easily expressed in the world of politics.

He spent almost a year on a tour of inspection to visit in person his legions along the Rhine and Danube frontiers. During this period, he summoned to his camp in Upper Germany a group of the powerful Praetorian Guard, who were the ringleaders of an earlier munity in Rome. Ordered to travel north to meet Trajan with the promise of promotion they were executed upon their arrival. The message was loud and very clear to all. As part of Rome’s government Trajan told the world Rome’s rule of law as not to be messed with, even by those who considered themselves above the law in Rome.

Trajan’s entry into Rome in AD 99 was perfectly timed and brought joyous raptures from the crowds; entering the city on foot he embraced each of the senators and happily walked among his people; something never seen before in city. His genuine modesty and easy going manner was seen as truly divine by his people and had many senators breathing a sigh of relief. Some argue he was as clever as a fox and knew the pulse of his people. When he publicly declared he would always keep the senate informed about the affairs of government and quickly followed up by saying in the house that the emperor’s right to rule was to be compatible with the freedom of the people who were ruled, Rome rejoiced.

This was the beginning of a ‘golden age’ for Rome under the measured rule of an emperor who’s passion for military life and warfare gave him little peace, but also gave him the means to fund a truly amazing number of public works. He renovated the road network in Italy, including the construction of many new bridges. He created special Imperial Funds (alimento) for the upkeep of the poor, especially children. Ruling over an empire of some 3.5 million square kilometers (or 1.35 million square miles) with an estimated population of 55 million Trajan, in-between his military campaigns, found the time and money to build the largest and the most glorious of all the Forums, the Trajan Forums which included the magnificent and extremely functional Trajan Markets. On the Oppian Hill he built the Trajan Baths, the first to include a library, park and cultural complex, which served as a model for all subsequent monumental baths. He oversaw the completion of vast infrastructure projects including the building of a new port at Ostia, canals, quays, aqueducts and sewers. 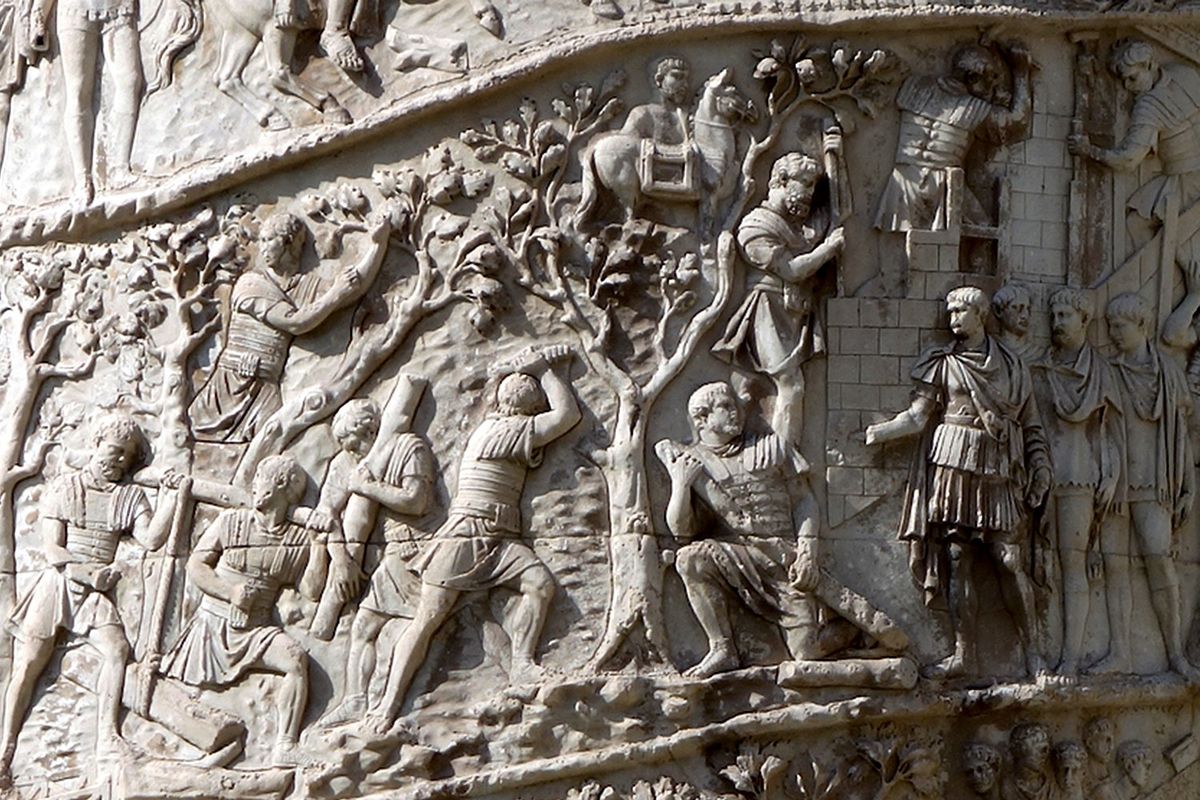 A rather plain looking man, with a questionable hairstyle who with wisdom born of knowing men and never forgetting his responsibility to Rome, gave to his people a new and glorious start of pride and prosperity. His memory was carried forward by his people and as late as the fourth century when Rome was nearing the edge of the abyss, it was common for the senate to lament the times and prayed for a new emperor that was “felicior Augusto, melior Traiano” (More fortunate than Augustus and better than Trajan). Their prayers were never answered!

Who was Rome’s greatest Emperor? 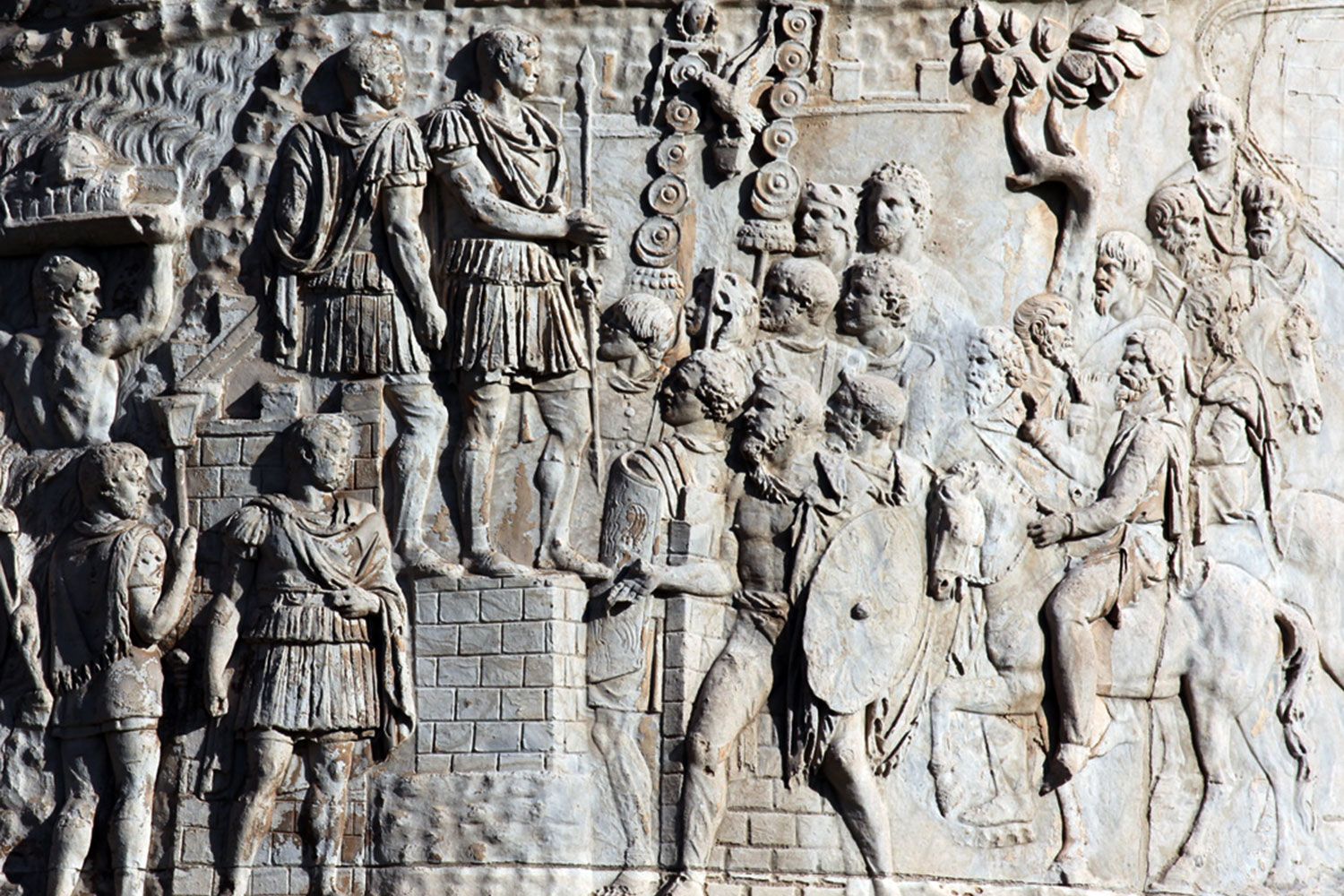 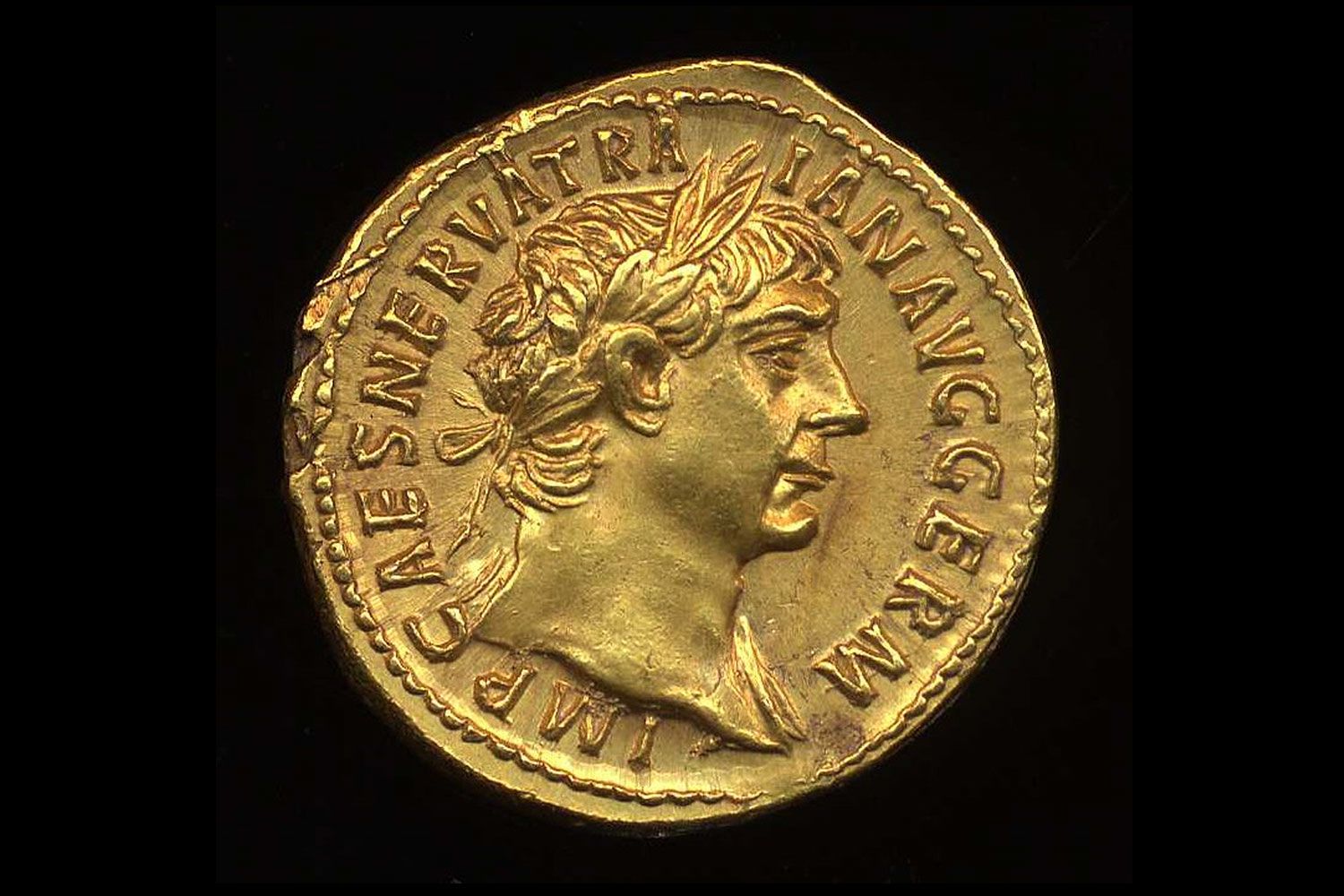 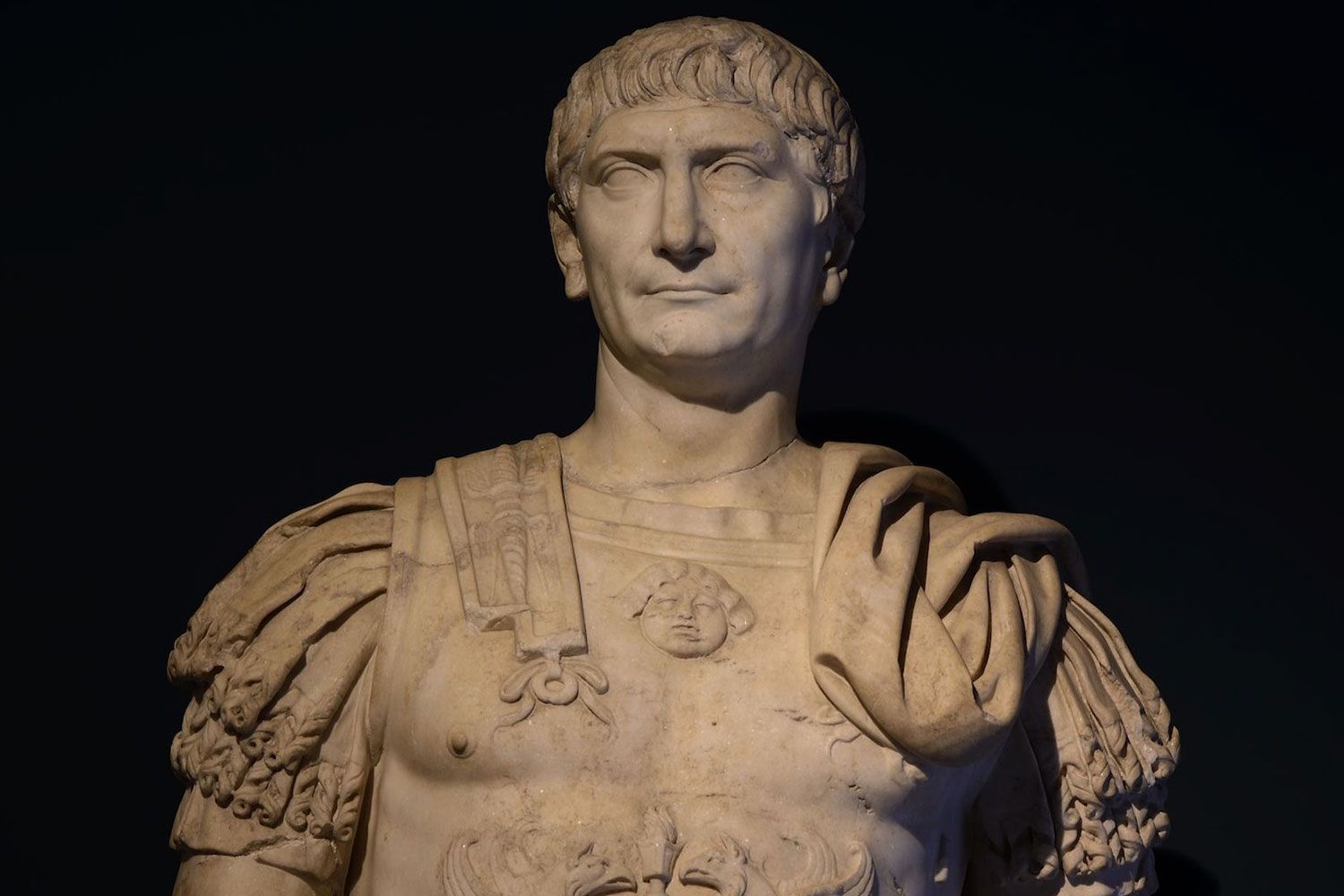 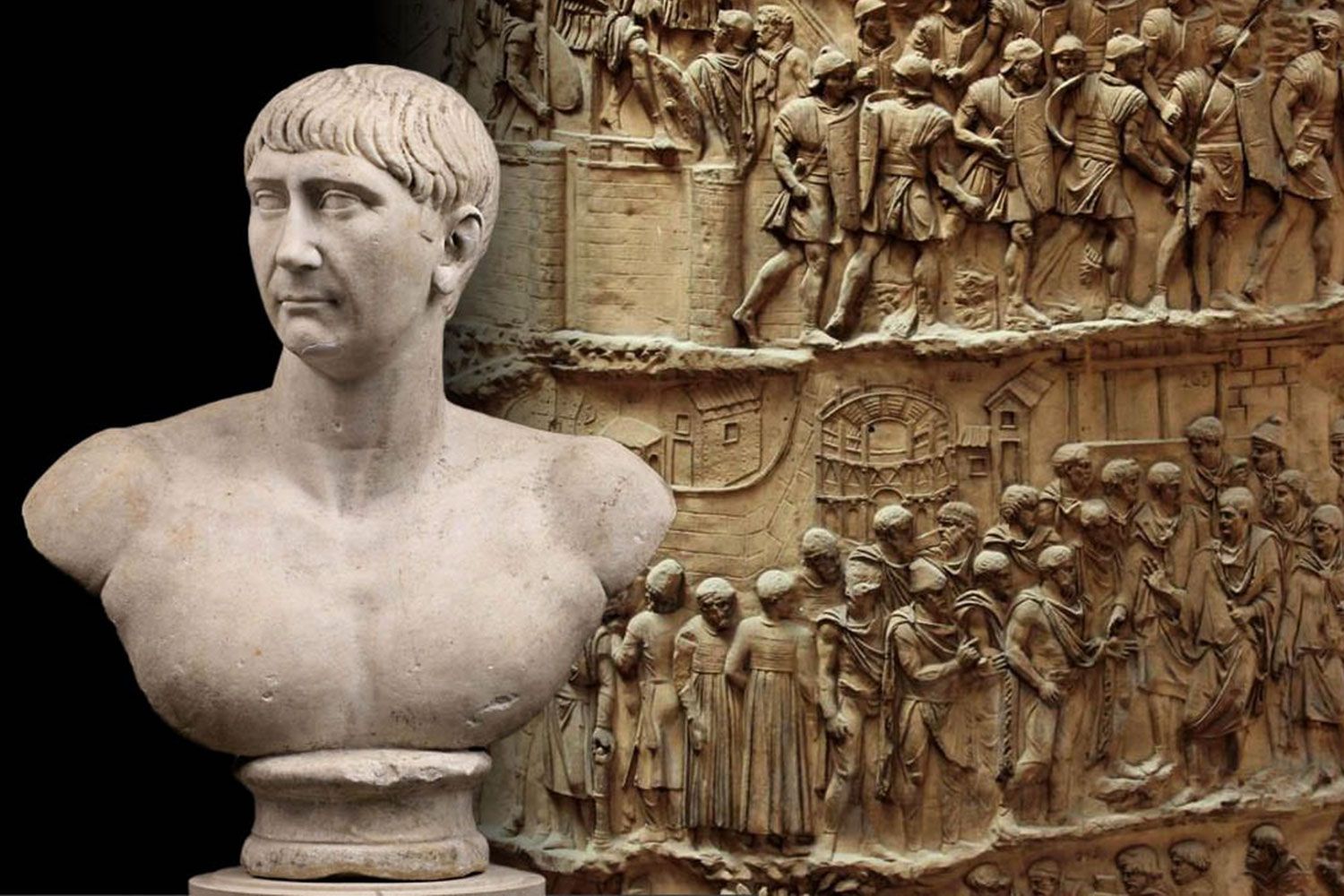