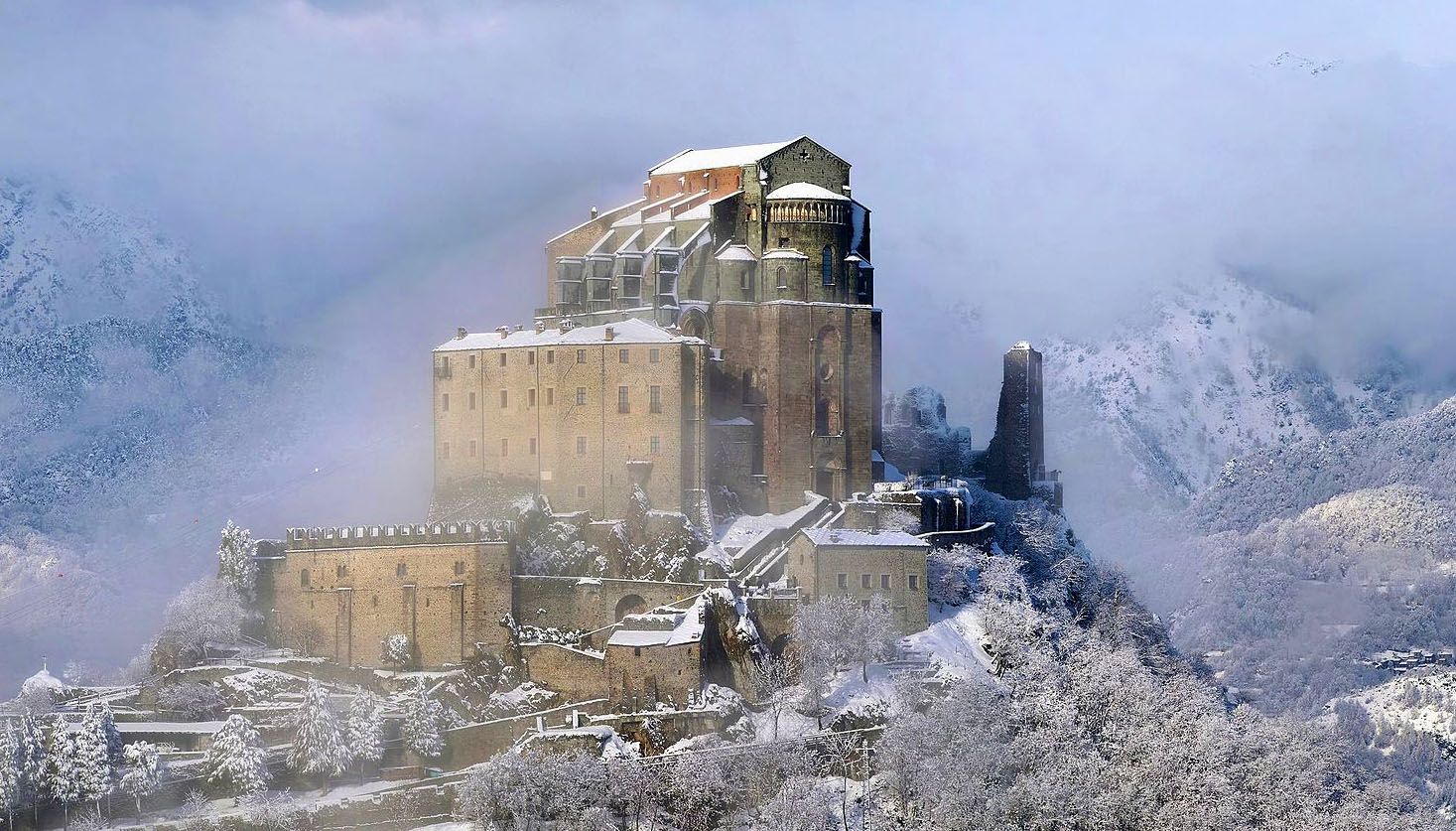 History is synonymous to this part of Italy in part because this rocky outpost jutting towards the heavens commanded the main road leading to Gaul from Italy and I could well believe the Romans would have protected that road with a military outpost of some kind on this precipice. Later, after the fall of the Western Roman Empire, the Lombard’s built a fortress here against the Frankish invasions.

Lost centuries were to pass before this pile of rock was to be written about again; this time by the hand of a monk called William, who lived here in the late 11th century and wrote a Chronicon Coenobii Sancti Michaelis de Clusa. He sets the foundation of the abbey in 966, but, in another passage, the same monk maintains that the construction began under the pontificate of Sylvester II (999-1003).

What is certain is that what is now the crypt was built in the late 10th century, as attested by the Byzantine influence in the niches, columns and arches. According to tradition, this building was constructed by the hermit Saint Giovanni Vincenzo at the behest of the archangel Michael to whom he was particularly devoted; and the building materials which the hermit had collected were transported miraculously to the top of the mountain. In addition, it is noted that the cult of St. Michael, the archangel who warred with Lucifer, typically bases its churches on pinnacles or hard to reach places, for example, Mont Saint-Michel in France. Today a visitor to Sacra di San Michele (Saint Michael's Abbey) is transported back in time; a time perfectly etched in its ancient stones which amongst other things served as backdrop and one of the inspirations for the book The Name of the Rose by Umberto Eco. 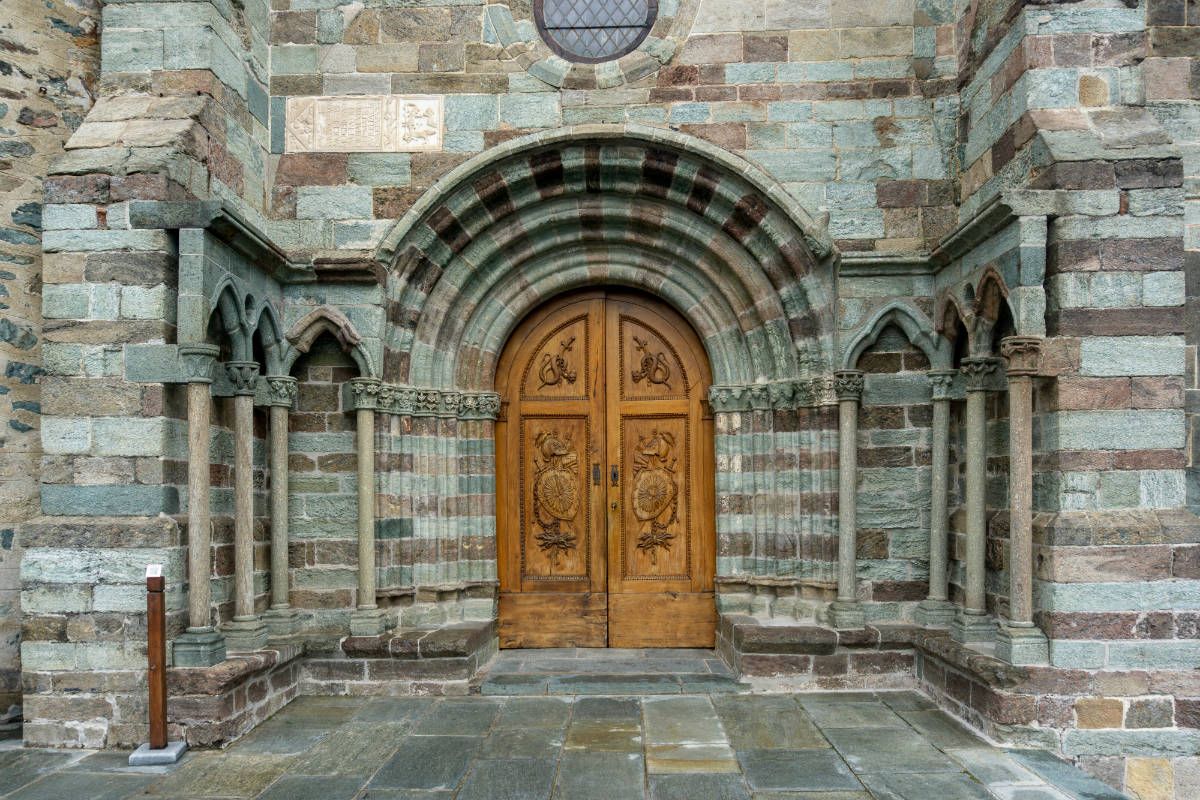 The entrance to the church itself through its Romanesque portal in grey and green stone, built in the early 11th century.

The church is majestically located atop a rocky crag base and towers above the valley. The church façade leads to a staircase, the Scalone dei Morti ("Stairway of the Dead"), flanked by arches, niches and tombs in which, until recent times, skeletons of dead monks were visible (hence the name). At the top of the 243 steps is the marble Porta dello Zodiaco, a masterwork of 12th century sculpture.

Stairway of the Dead

The stunning 12th century Door of the Zodiac

The Abbey of San Michael, whose very stones drip with history, allow us to discover how to visit the past and bring yesterday's stories into our lives today. And we are the better for it.

Saint Michael's Abbey in Piedmont is a Medieval Masterpiece 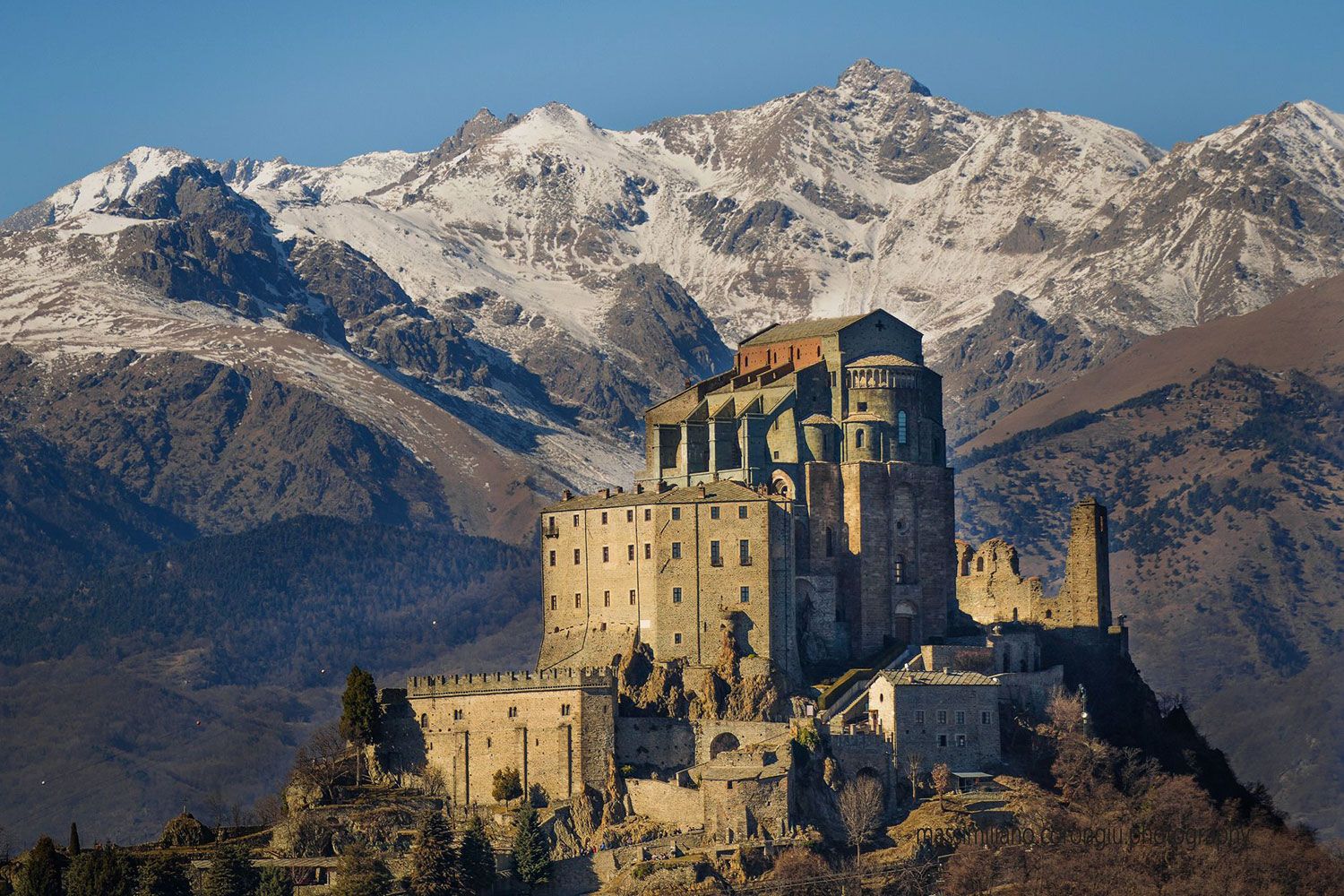 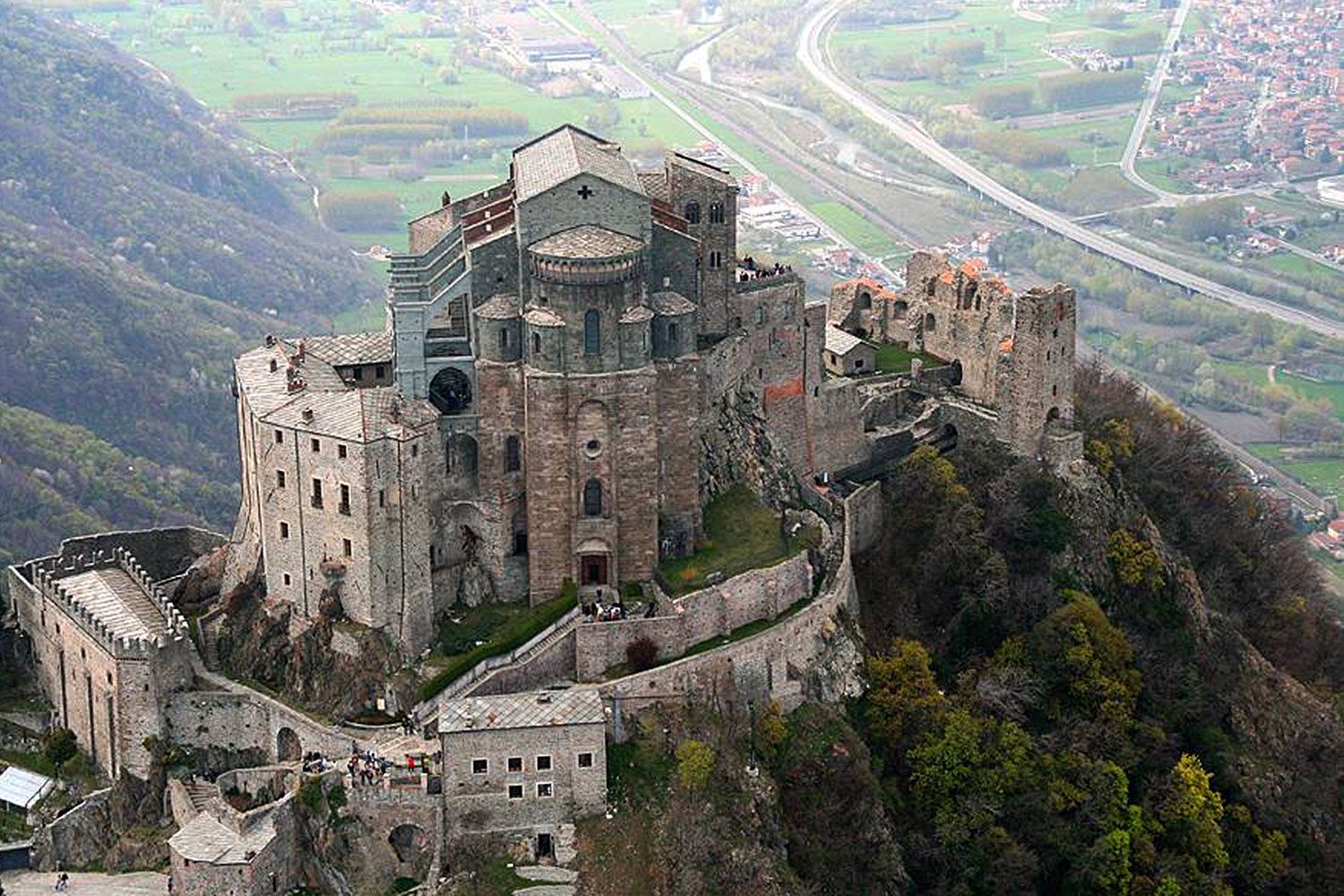 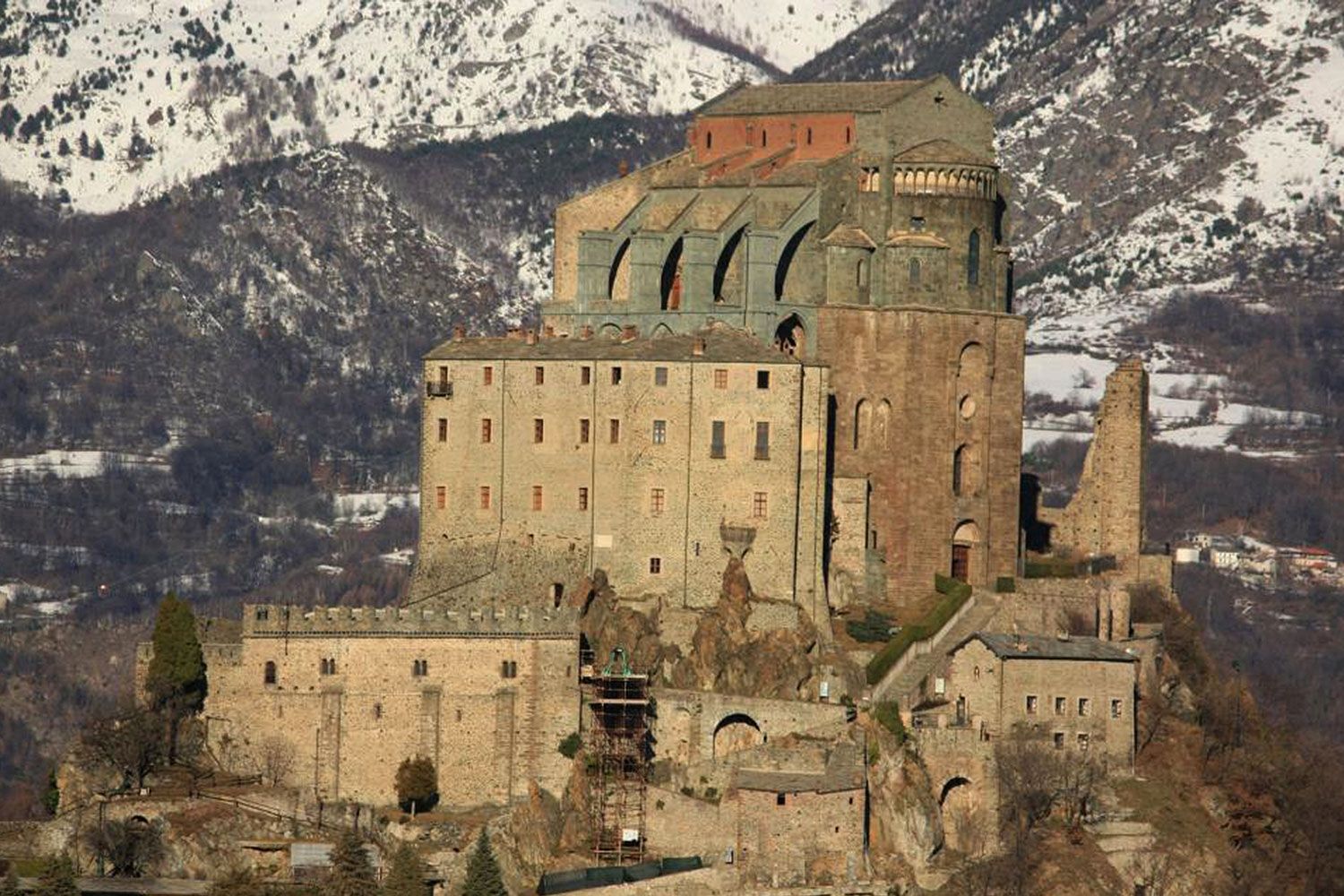 Click on the Saint Michael's Abbey link in the story to be taken to the Abbey's official website in English to view the opening times to visit the Abbey.