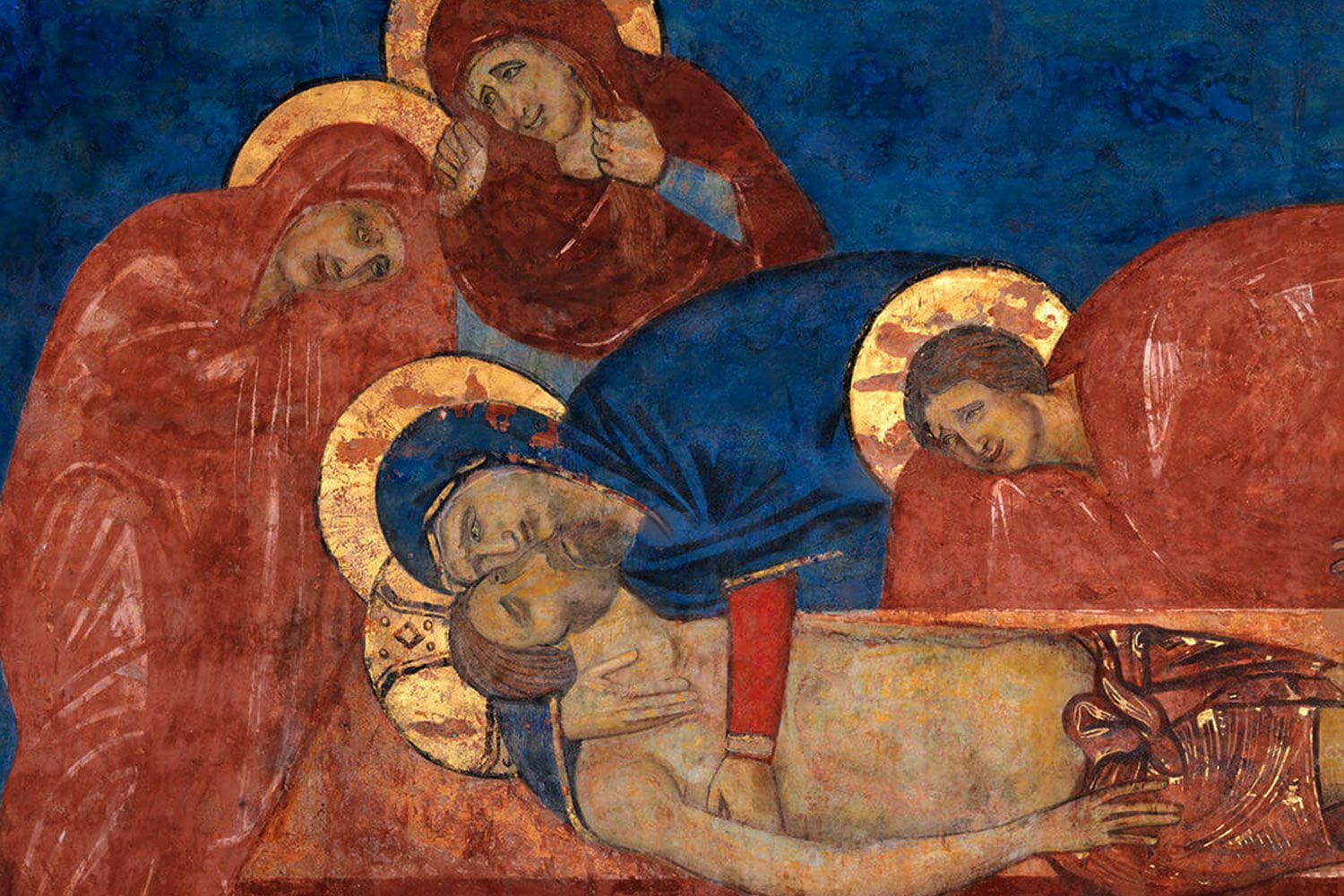 The Dawn of Painting in Siena

A descent into the mysterious world of the Middle Ages in Siena takes you deep into the very bowels of the Duomo (the Cathedral of Siena). Important churches have remarkable histories that are usually revealed in their often-meandering crypts. These subterranean structures were designed to not only support the building above but also to incorporate the burials of saints and powerful people of the important cities that had the means to build these great churches. Many such spaces are considered holy and were the beginnings of worship for the local community’s centuries ago that also provide a history of the town. What was discovered recently when the long-forgotten crypt of the Duomo was opened was a revelation of early Christian art and a treasure trove of history and unquestionably one of the most important archaeological discoveries of the past twenty years in Italy.

When new structural work was commissioned by the Opera della Metropolitana in 1999, and to recuperate the spaces connected to the Oratory of San Giovannino and San Gennaro it was also decided to expand and include the area beneath the Cathedral chancel. This work brought to light a totally unexpected and lost space, decorated with a cycle of paintings from the second half of the 13th century.

The superb quality of these remarkable frescoes that had remained hidden and forgotten for many centuries extends our knowledge of 13th century fresco painting immeasurably. 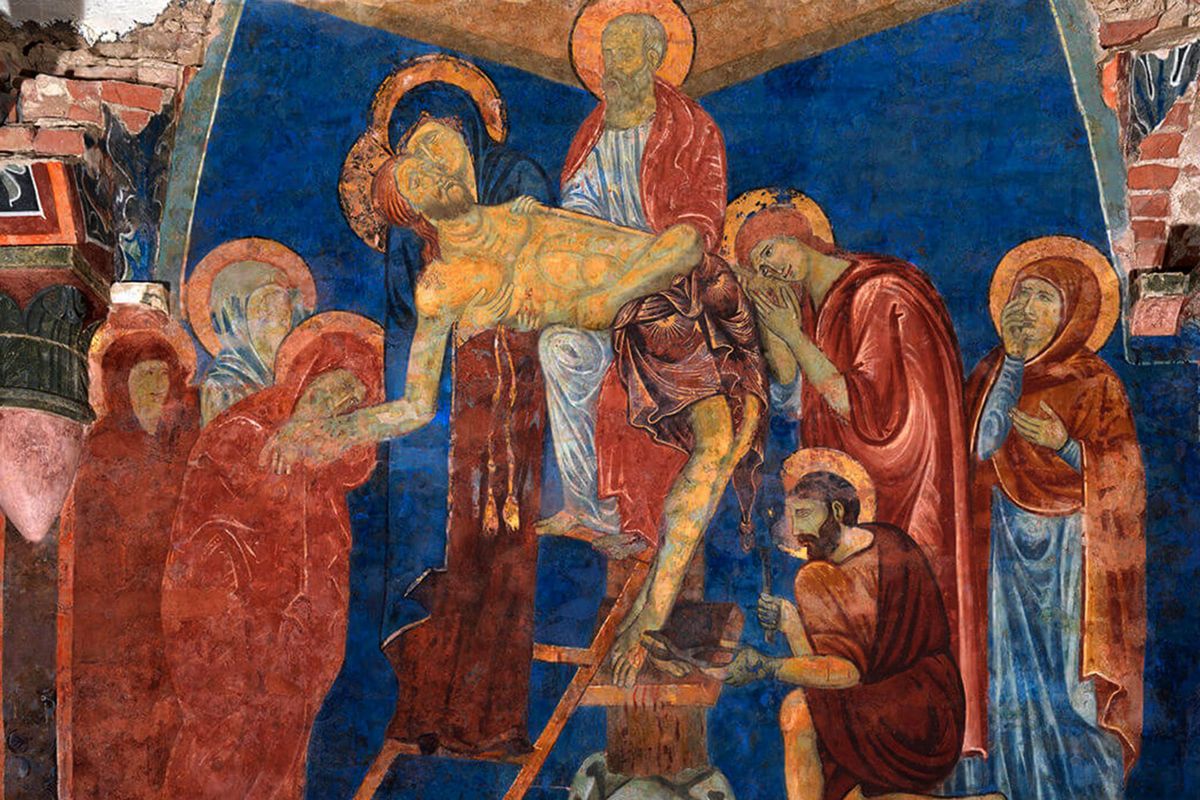 They provide us with crucial evidence of the birth and early development of the Sienese school of painting. Nor was the discovery confined solely to figurative art. The archaeological and architectural finds, in perfect harmony with the paintings, are also of immense interest, and indeed many of the structural elements are still richly decorated, offering us a new and unusual image of painted church architecture of this period. 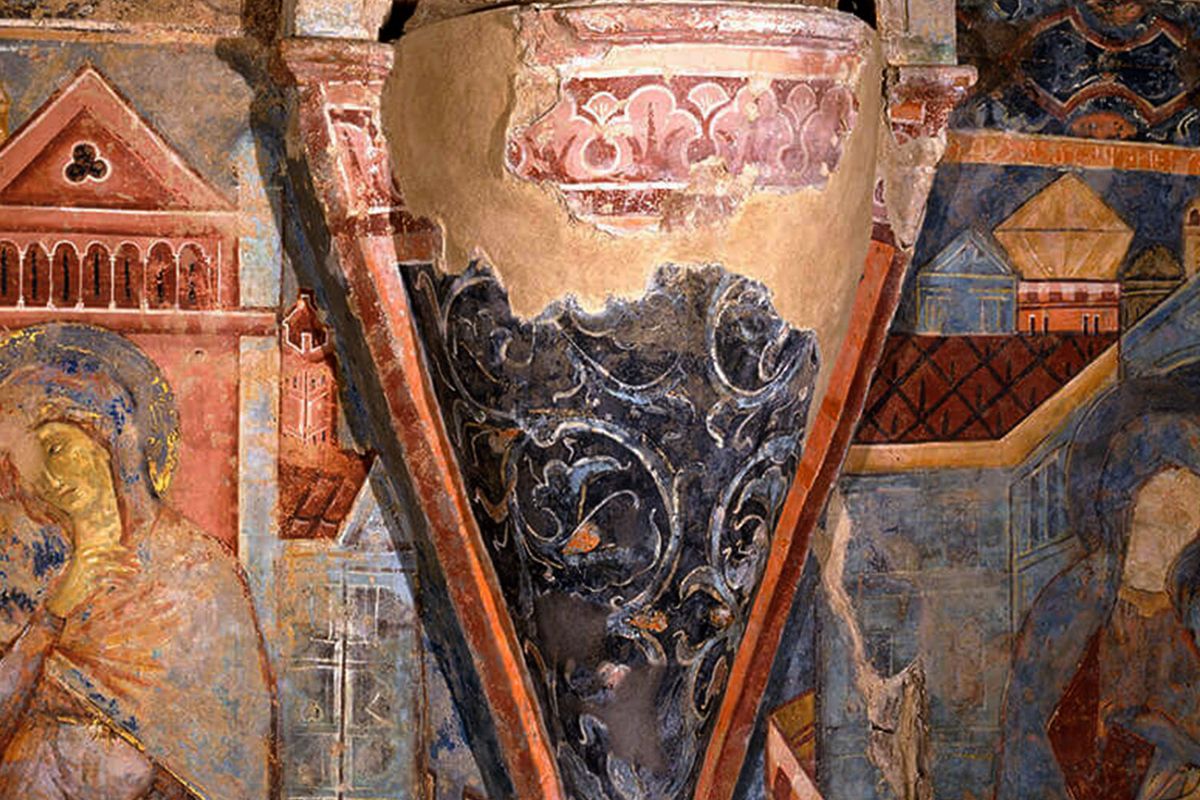 Together with the discovery of the foundations of the church's apsidal section, this discovery sheds valuable light on the different phases of the Cathedral's construction and on the numerous solutions that were employed by Medieval engineers to solve the construction problems they confronted as the size of the building was increased.

Overall, the rooms that can be visited date back to the 12th, 13th and 14th centuries, including some of the 13th century stone walls that must have been part the choir area and the left arm of the transept.

The surviving frescoes that can be seen today were painted in the second half of the 13th century, by the artists Guido da Siena, Dietisalvi di Speme, Guido di Graziano and Rinaldo da Siena who have been rightly recognized as the fathers of Sienese painting. The cycle of paintings is remarkable for the brightness of the colours covering not only the frescoed walls but also the columns, pilasters, capitals and corbels with geometric or phytomorphic embellishments. The scenes are arranged on two registers with stories from the Old Testament in the upper register and stories from the New Testament in the lower register. The mesmerisingly solemn depiction of the Passion of Christ captures the three great moments of the Crucifixion, the Descent of Christ from the Cross (The Deposition) and the Entombment. 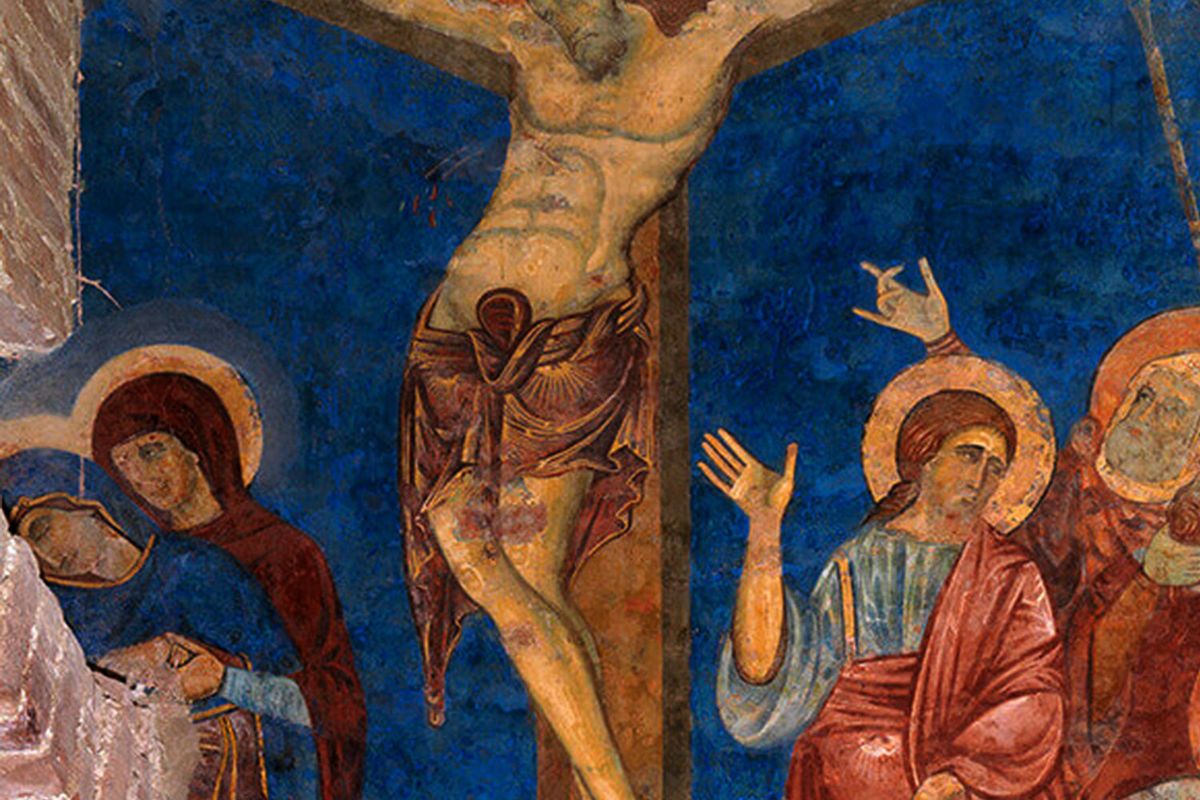 The Crucifixion with the colour remarkably intact

The quality of the work is evident in their “fresh” state of survival which tells us that the artists used the very best quality pigments available at the time, including the very expensive lapis lazuli that gives us the very intense blue used in these frescoes. The intensity of the colours also tells us that the pigments were applied on to wet plaster in the traditional fresco process and not added in part once the plaster has dried; example of which can be seen in later fresco work. When this technique is applied it’s very common for the colour to literally drop from the wall as can be seen in some of the work by Giotto in the Cappella degli Scrovegni in Padua.

The Duomo of Siena has endured down through the centuries and provides a visitor today with one of the greatest historical and artistic experiences in the world. The complex includes eight separate locations of immense social, religious, creative and architectural importance that should be savored and not rushed. 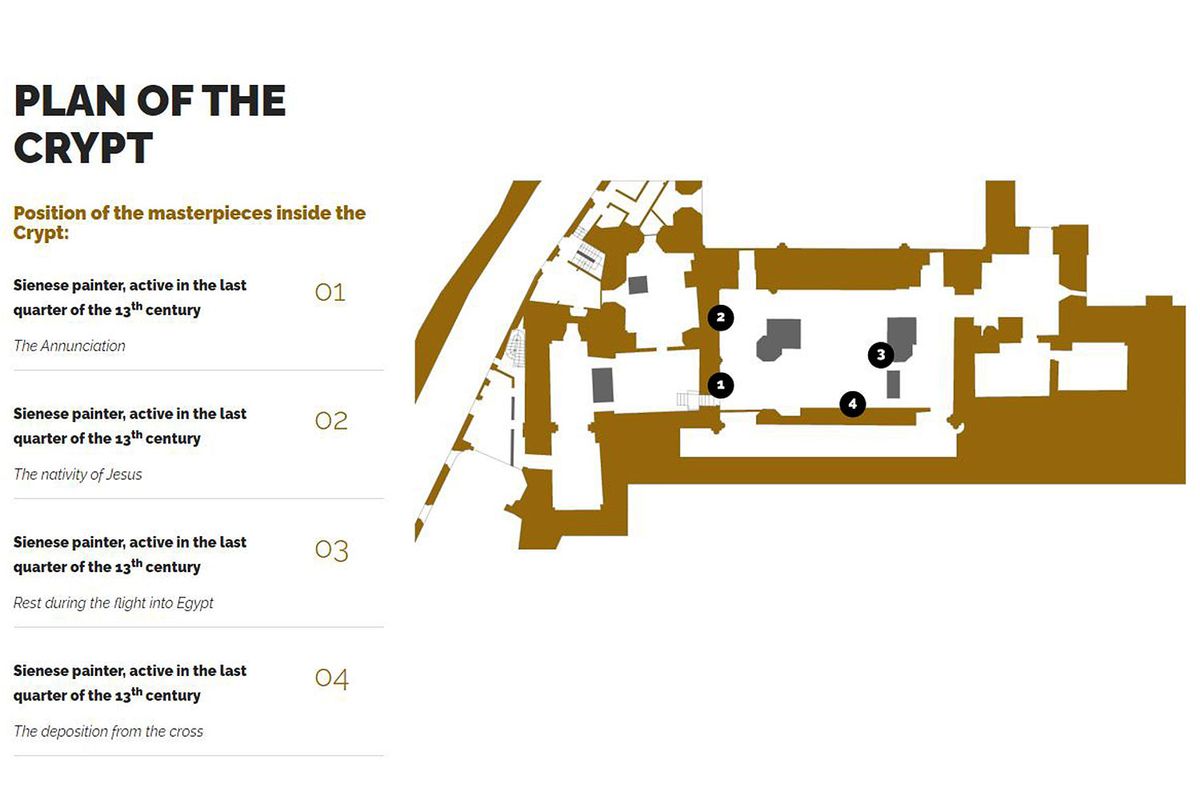 Plan of the Crypt
Location

Perfect Traveller encourages any would-be visitor to plan ahead and purchase online the Opa Si Pass from the website of Siena Opera della Metroplitana. It’s great value and is valid for two days.

This story was originally published on July 25th 2021