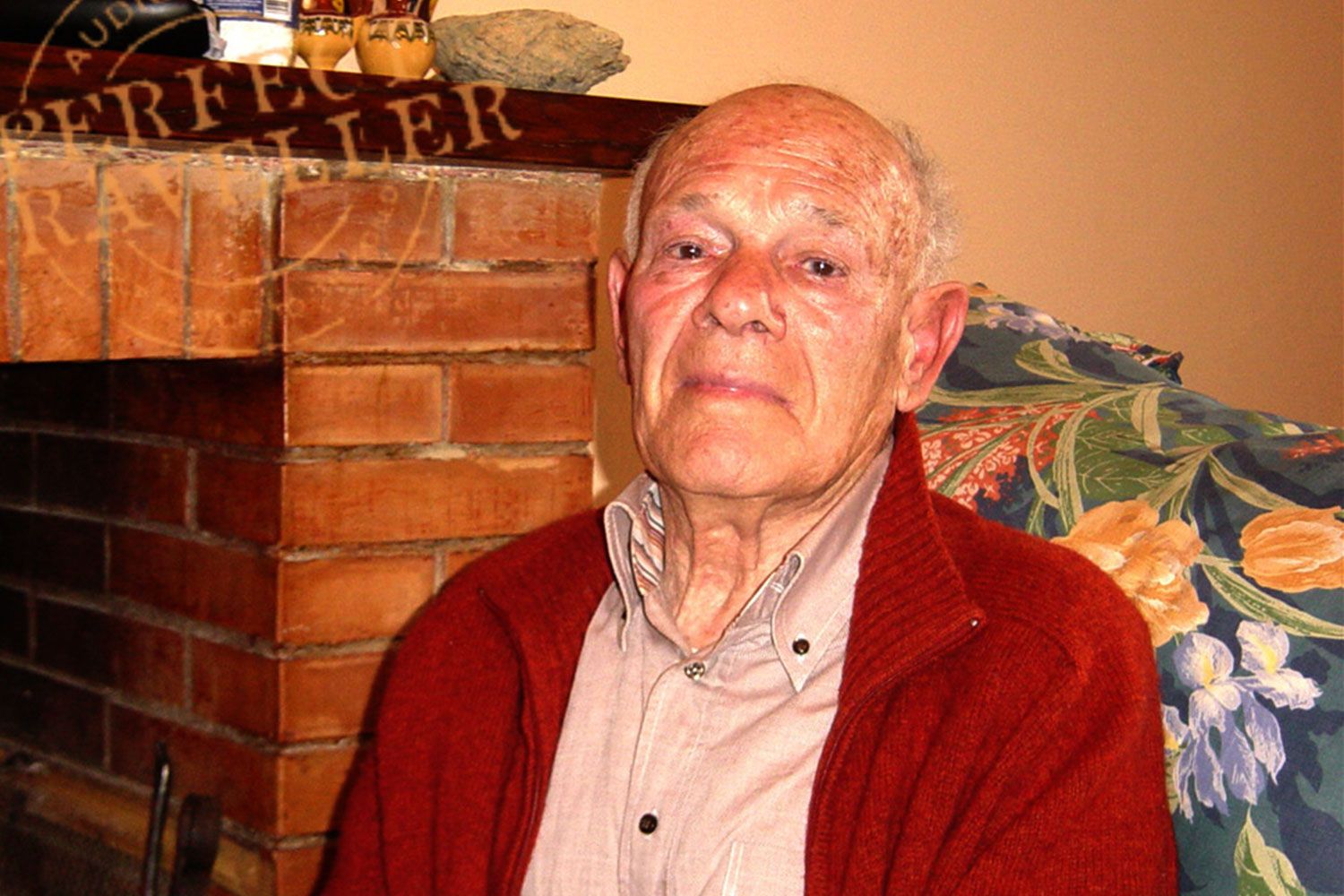 This story is a about a man from Sardinia who had the courage and determination to uproot his family including four children (he and his wife would go on and raise ten children in all) and his in-laws, and make his way to the southern corner of Tuscany in the early 60’s. This was a period when the Tuscan’s themselves were happily leaving the land and the traditions of their forebears on mass, heading towards a new nirvana, or so their politicians would have them believe, in the new suburbs of the big cities of Italy. It was all part of the great Italian dream, the great economic boom of the 60’s and 70’s that arrived on the back of massive loans taken out by the government, which is today the basis of the huge public debt that burdens the Italian economy; but that is another story! 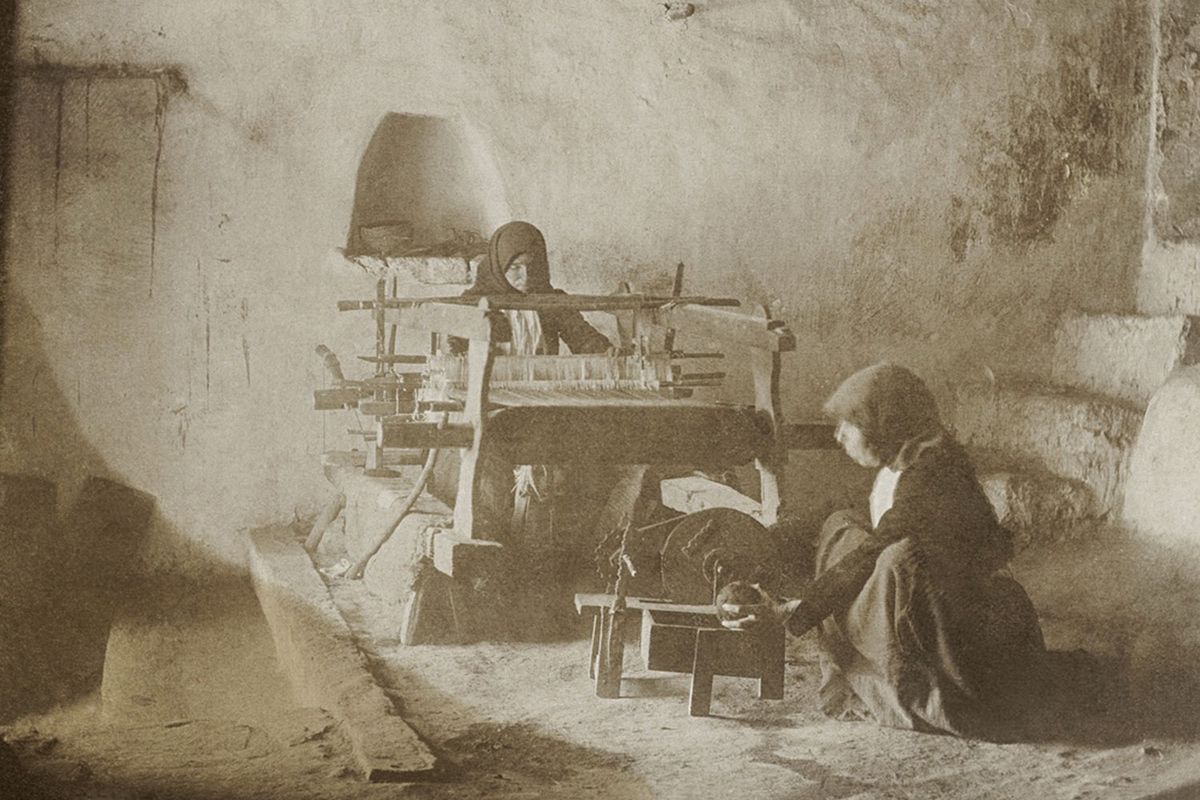 Weaving in the Sardinian mountain town of Fonni.

In 1962 Raffaele Cugusi and his wife Maria settled down just outside Montepulciano with his growing family and his Sardinian sheep and went to work doing what he knew he could do well; make cheese from the milk of his sheep. He chose the land of his new home well, with excellent pasture, clean air (there is virtually no heavy industry in this part of southern Tuscany unlike the areas that surround Pisa, Lucca and Livorno), good rainfall and plenty of space. 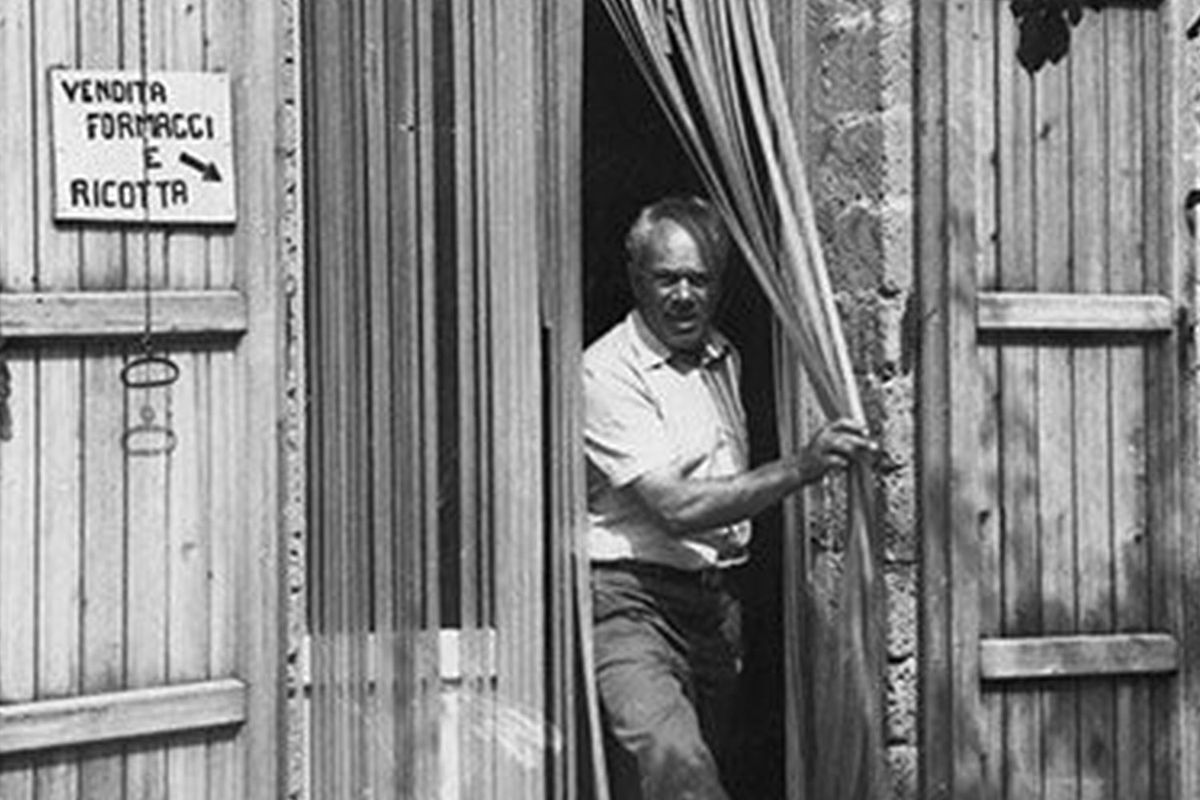 Raffaele Cugusi had a dream and made it come true.

By the mid 70’s Raffaele’s growing family had their jobs to do before heading off to school each morning, which would include each son taking a small flock of sheep to pasture and returning to the barn to milk them! Today his two daughters Silvana and Giovanna run the cheese making operation with an excellent staff, whilst three of his sons attend to some 300 head of sheep along with the growing of annual pastoral grains for food for their sheep and profit. Raffele who passed away several years ago at 97, was taking a back seat to the production of his cheeses when I knew him. Understandably so considering the years he spent building up this family business, but I remember his sharp eye and quick wit was never far away from the caseifcio (where the cheese is made) he founded a lifetime ago. 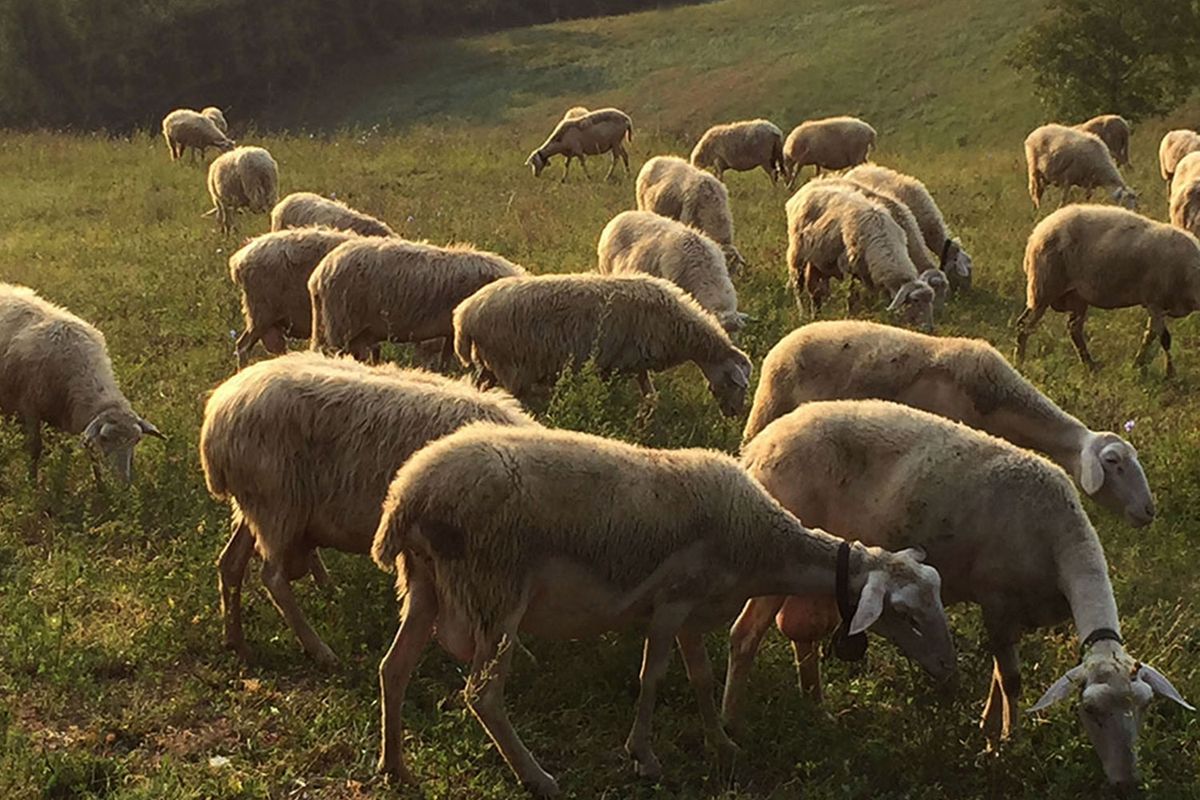 The sheep are carefully bred, and fed on the abundant and aromatic grasses of the Val d'Orcia and hillsides close to Montepulciano, creating a distinctively fragrant and delicious cheese. The milk is still often strained in burlap and cooked in great cauldrons handed down through generations of farming families. Another of the important factors in local pecorino production is the air in which the cheeses are left to dry. These conditions are carefully controlled by the local producers, who are justly proud of their product. 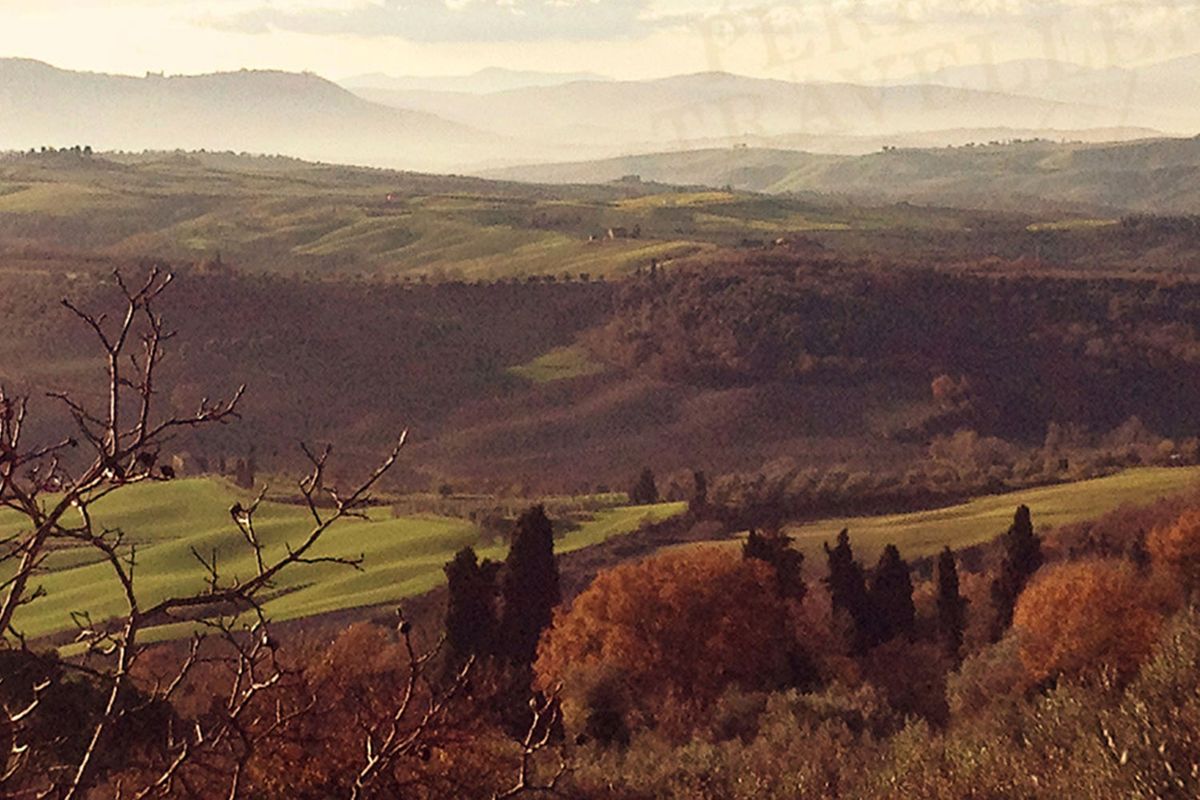 The Val d'Orcia is perfection married to ancient traditions.

The fresh pecorino is edible within twenty days of its production. Generally, the cheese is aged for four months. A seasoned pecorino is also produced, and this cheese is delightful with the red wines of the area. If you can get your hands on a pecorino that has been aged for 18 months you will be eating a cheese that is as good, if not better, than a parmigiano! The Cugusi Gran Riserve is the Rolls Royce of cheeses and has won many national awards for Italian cheese making.

The word "pecorino", alluding to "pecora" - a sheep - is quite a recent invention. Until the end of World War II, Tuscans used the term "cacio" (casio), and indeed the cheese rolling competition held in Pienza on the first Sunday of every September is known as the "cacio al fuso" - literally, the cheese to the spindle. The aim of the participants in this popular festival is to see who can roll the cheese so that it stops closest to the spindle. The influence of the Sardinians and their cheese making skills in this corner of Italy cannot be underestimated, bringing with the growing popularity of their pecorino a huge economic windfall to the people of this land. 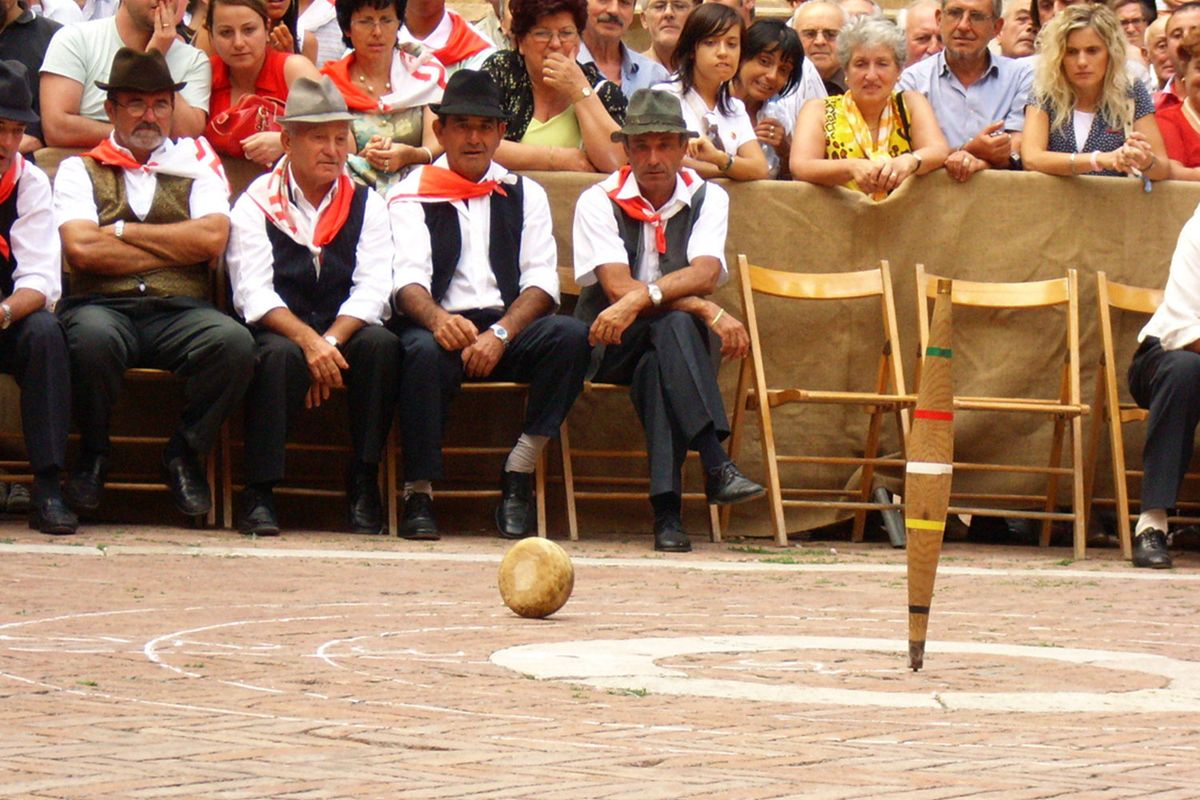 The stakes are high and the situation is tense during the playoffs of the Cacio al fuso in Pienza.

A half century ago my friend Raffaele arrived here with a need and the determination to build a new life. He did so and in the process gave to his family the opportunity to live in paradise with one promise; work well and hard and paradise will be there for all to enjoy. I know, because it’s here amongst these hills I lived for twenty some years on Cugusi land. Raffaele’s legacy lives on with his family who work hard and meticulously to create the Cugusi cheeses we enjoy today.

I’m sure Robert Louis Stevenson had Raffaele in mind when he wrote, “Don't judge each day by the harvest you reap, but by the seeds you plant.” 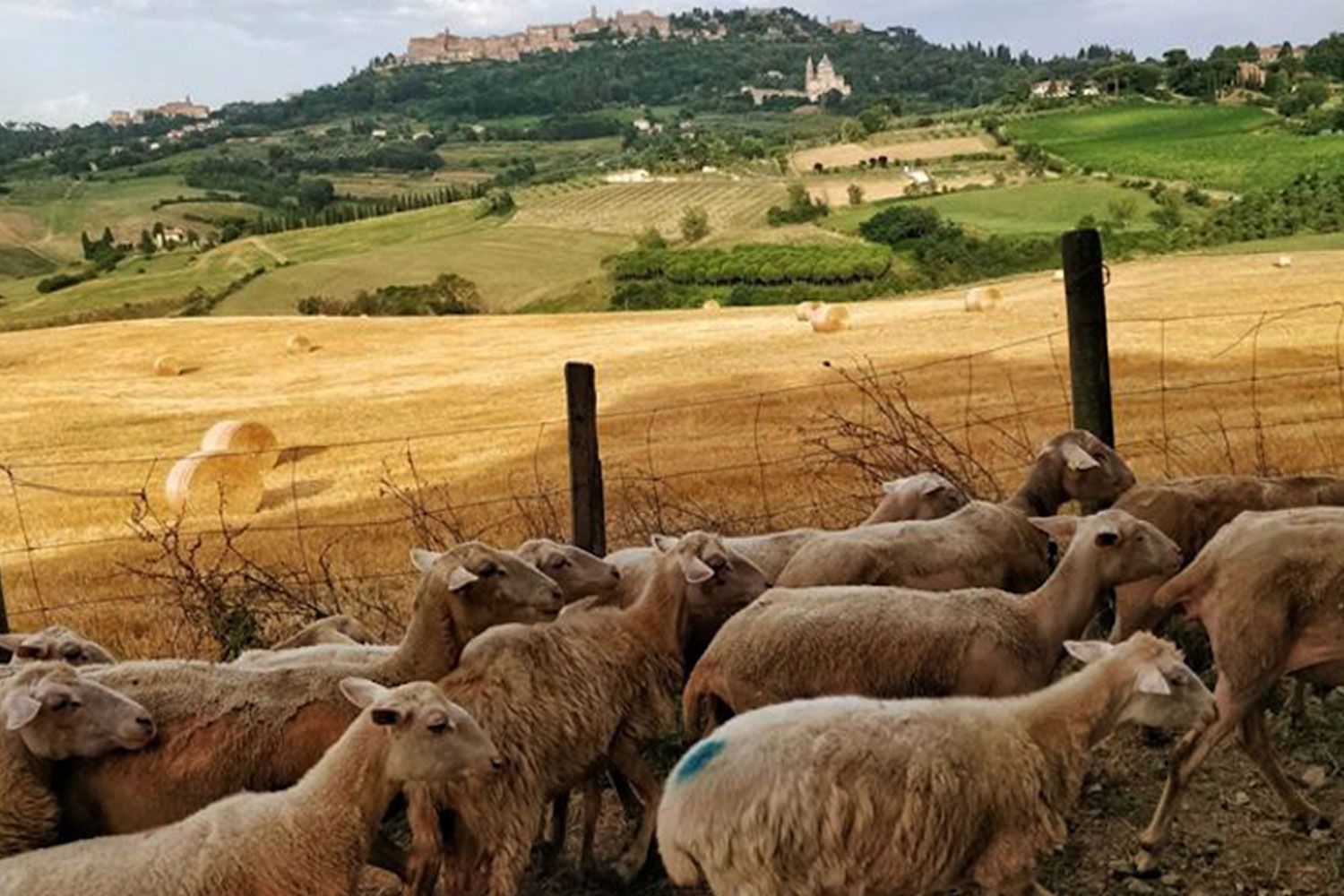 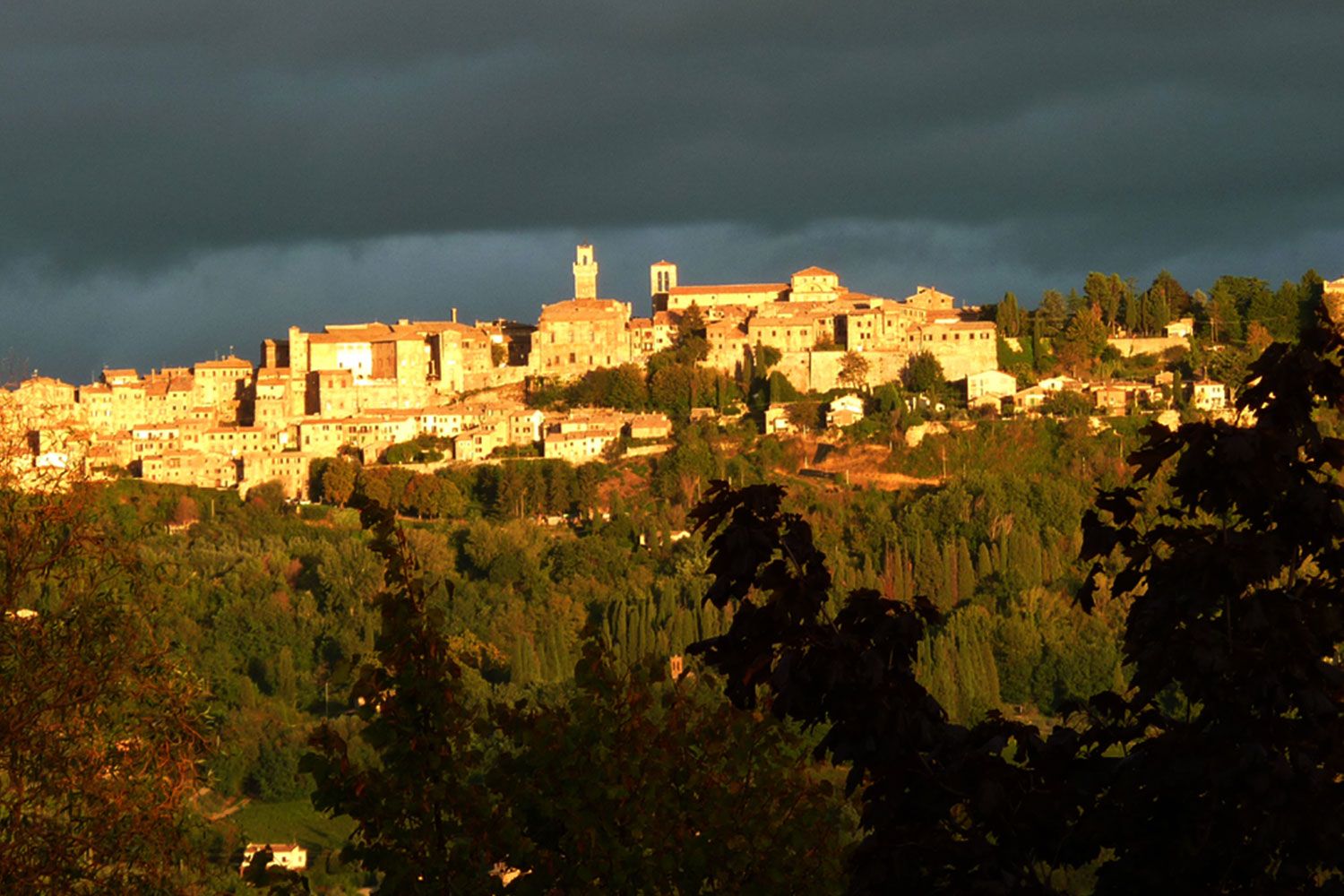 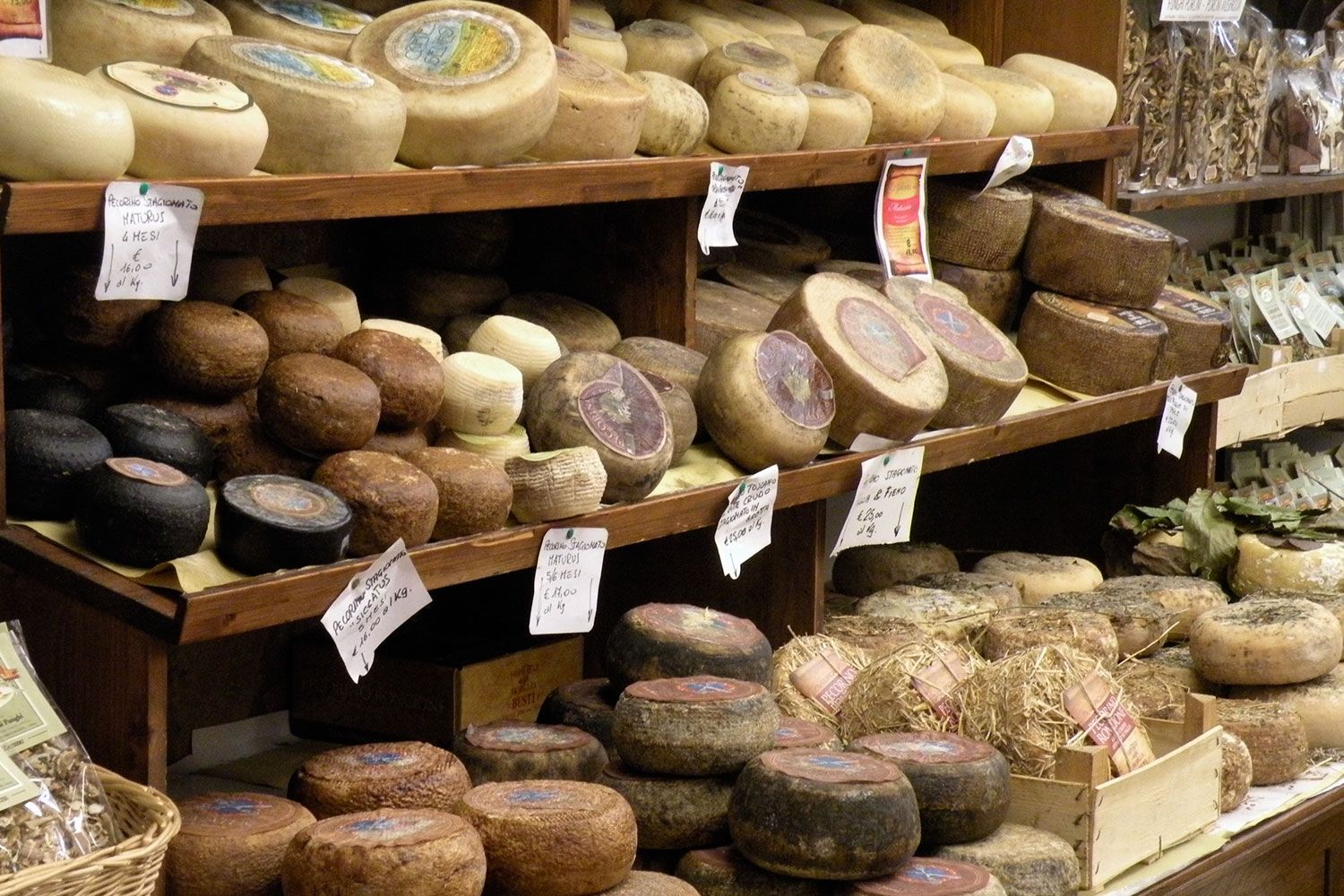 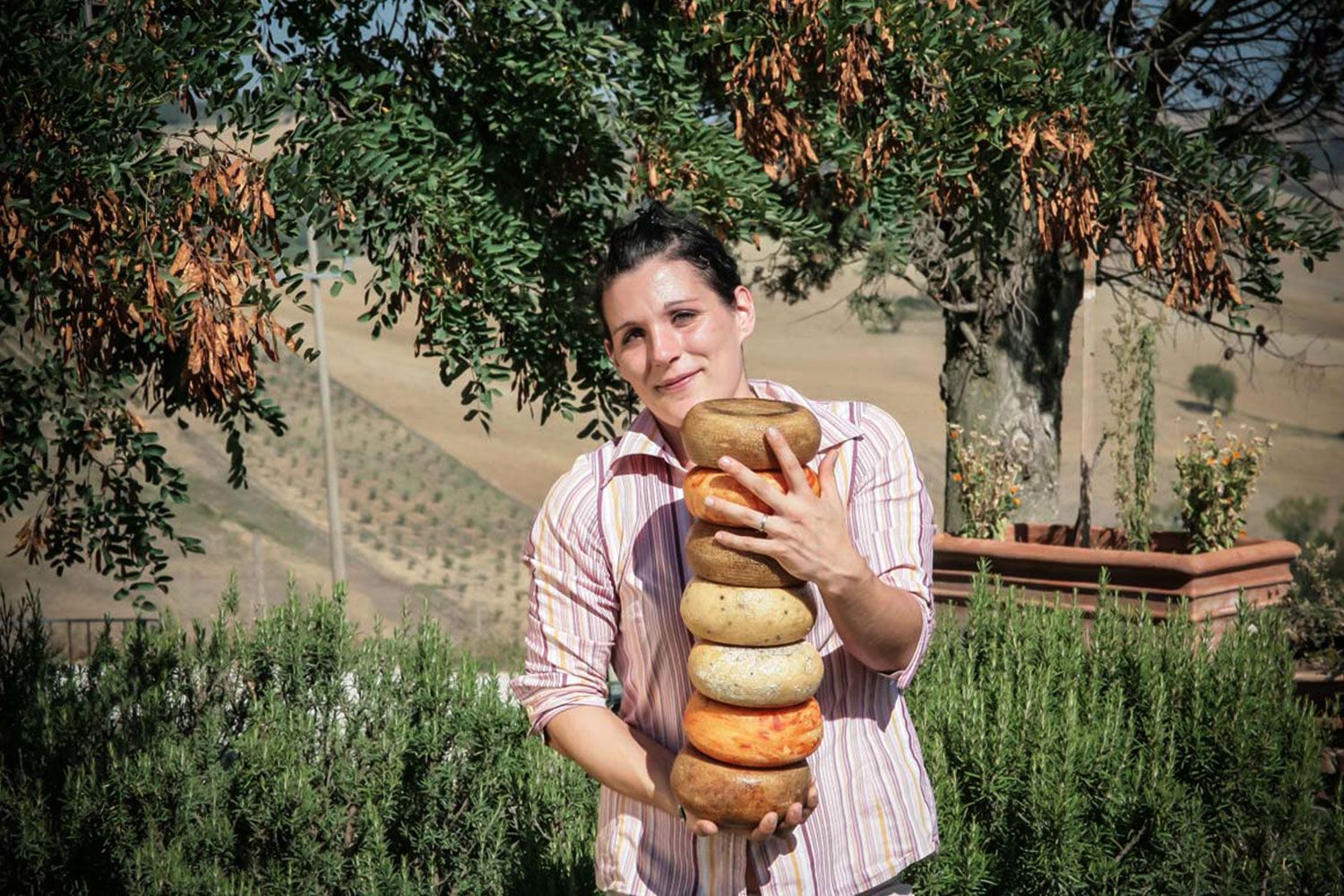