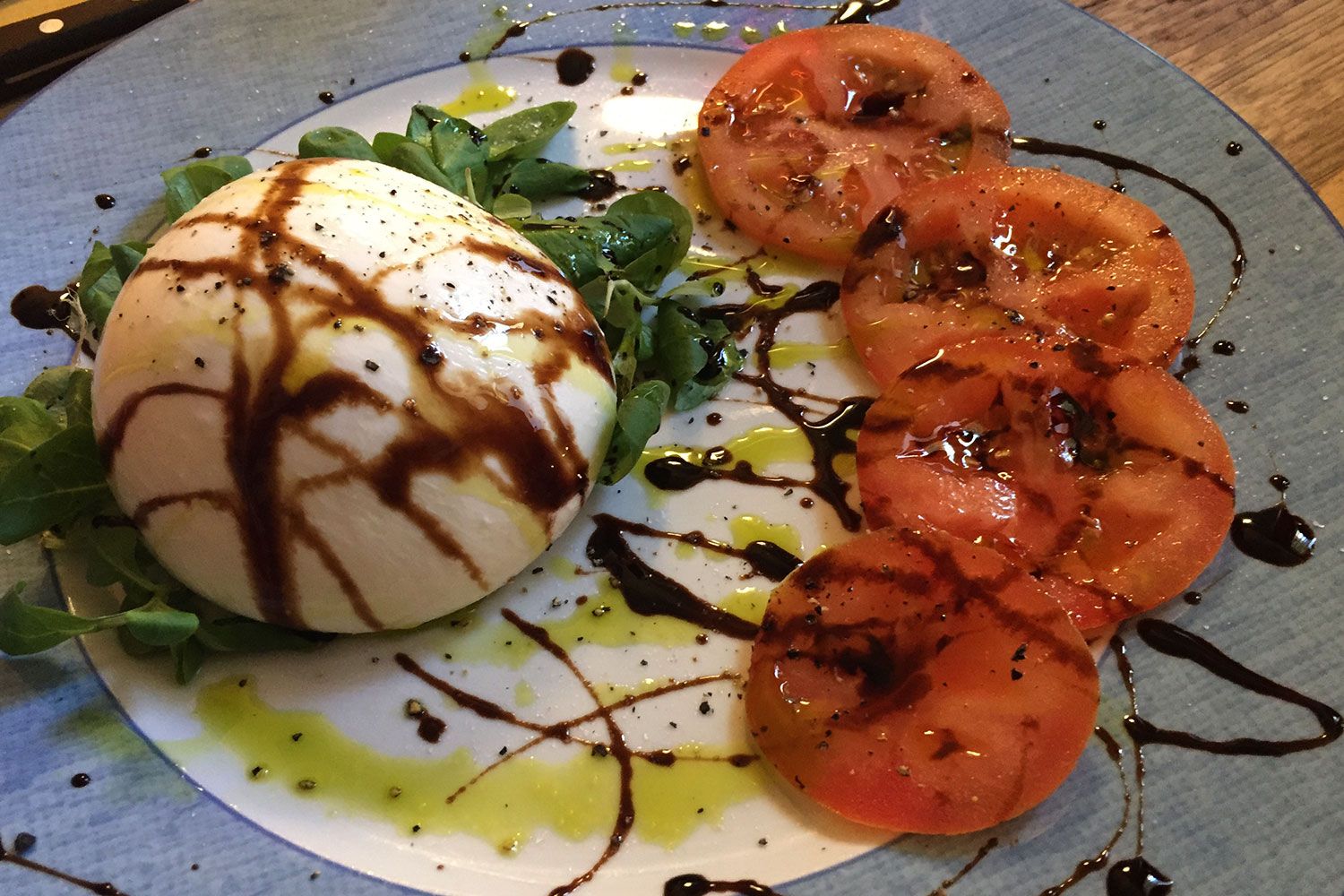 I hadn’t been out to lunch on a Sunday for a long time and decided to drive deep into the hinterland of Tuscany away from the crowds creating their usual din at places like Pienza, Cortona and Montepulciano. This day I just turned the car in the direction of the Abbey of Monte Oliveto Maggiore and stopped at little Castelmuzio. The place is the size of a postage stamp with little to no tourism and the locals like it like that. 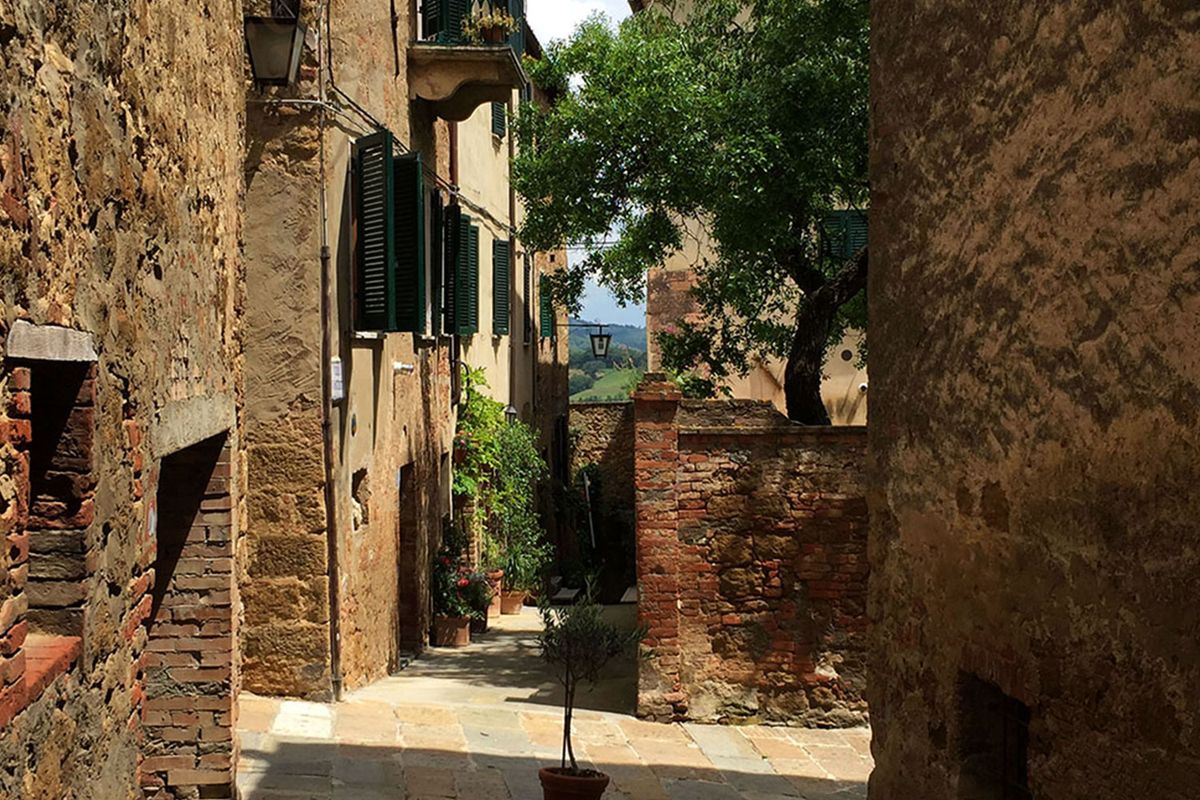 The old center of Castelmuzio in Tuscany.

It's lunchtime and I know I will find something here in this delightful village. In all the years I’ve spent in Italy I’ve always relied on stubborn good luck and what my Italian friends call “un bel culo” when it comes to finding good places to eat at, without knowing what to expect, as was the case when visiting Castelmuzio; and today was no exception. In fact, as it turned out and unbeknown to me, I discovered an absolute gem of a place where the food is simply delicious.

Locanda di Casalmustia sneaks up on you because there is only very discreet signage to inform you of its presence and in this perfect Tuscan village which adds to the charm of the place. I entered a busy bar with some locals loitering around the café machine and was told I could sit outside or upstairs. Rising to the sense of adventure I said upstairs where on the first floor I entered a charming dining room highlighted with primary colours and simple furniture. I like chatting to strangers and struck up a conversation with a lady who was adjusting the curtains only to discover she was the owner of the locanda. Paola Bagnoli, with a little prodding from me, told me how she found this little hotel of only a few rooms (locanda means Inn in English), several years ago and decided to “give it a go” declaring that for her this was the most beautiful part of Tuscany. 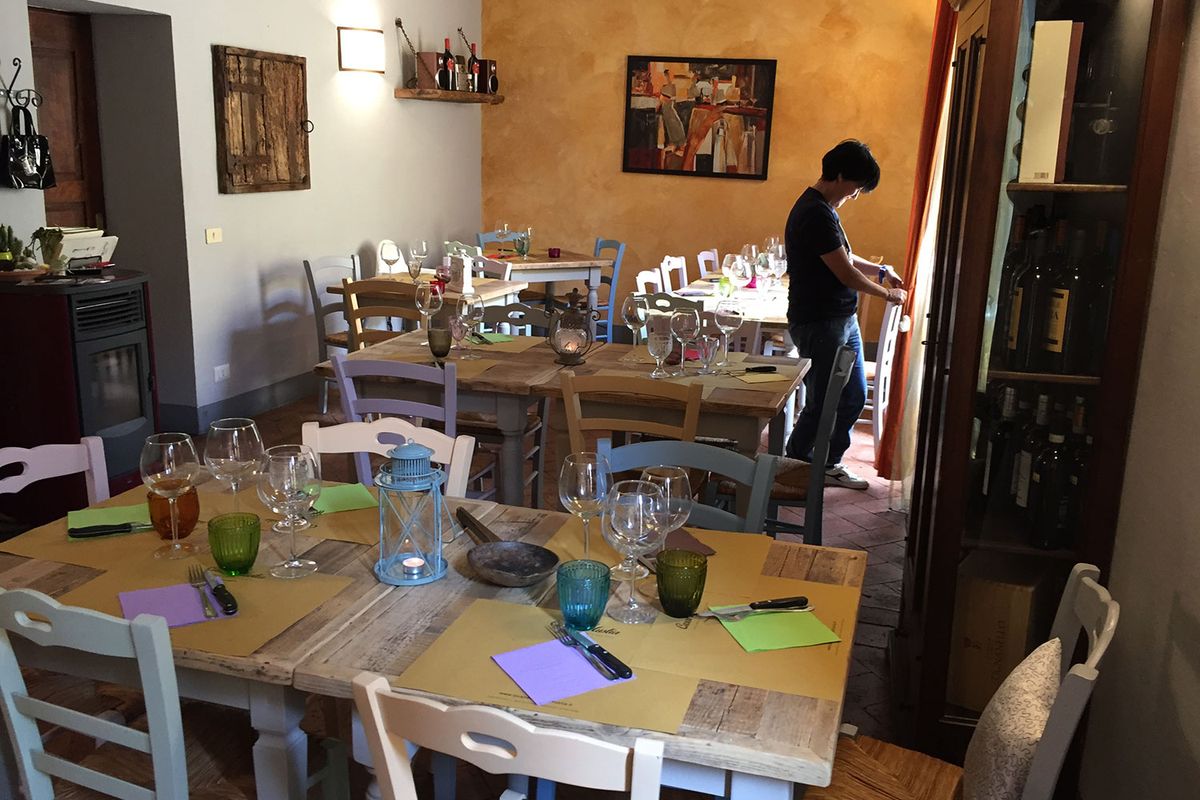 Her daughter Elena, like her mother is a ball of energy working the restaurant, upstairs and down and is equally proud of what they have created. Four years ago, Paola invited her good friend Giulia to leave Siena and cook with her at Casalmustia and that has led to some of the best food I have eaten in Italy for a very long time. Nicole served me and brought to the table some of their house red which coming from Montalcino was very good; a deep ruby colour with a classic peppery fullness in the mouth that went down very smoothly. This place had my attention.

For a first course I decided upon the Soufflé of potato and saffron with a pecorino cream cheese sauce while my friend had the marinated anchovies with toast. Both dishes were simple with sensational flavours that declared the locanda as something special.

I followed up my Soufflé with a plate of picci; as many of you know this local pasta is well known in this part of southern Tuscany but I never had this picci dish before. Firstly, the picci itself was delicious, light and cooked to perfection. Often in busy locations filled with tourists in many parts of Tuscany, the picci can be stodgy and very chewy. Now picture your humble picci pasta in a sauce made of crispy bacon, pepper, olive oil, pecorino cheese and toasted breadcrumbs which is what I was served and it was spectacular and filling. My friend had the perfectly made Zuppa di Ferro with homemade pasta pieces and a spice that still eludes me; a little cinnamon perhaps? 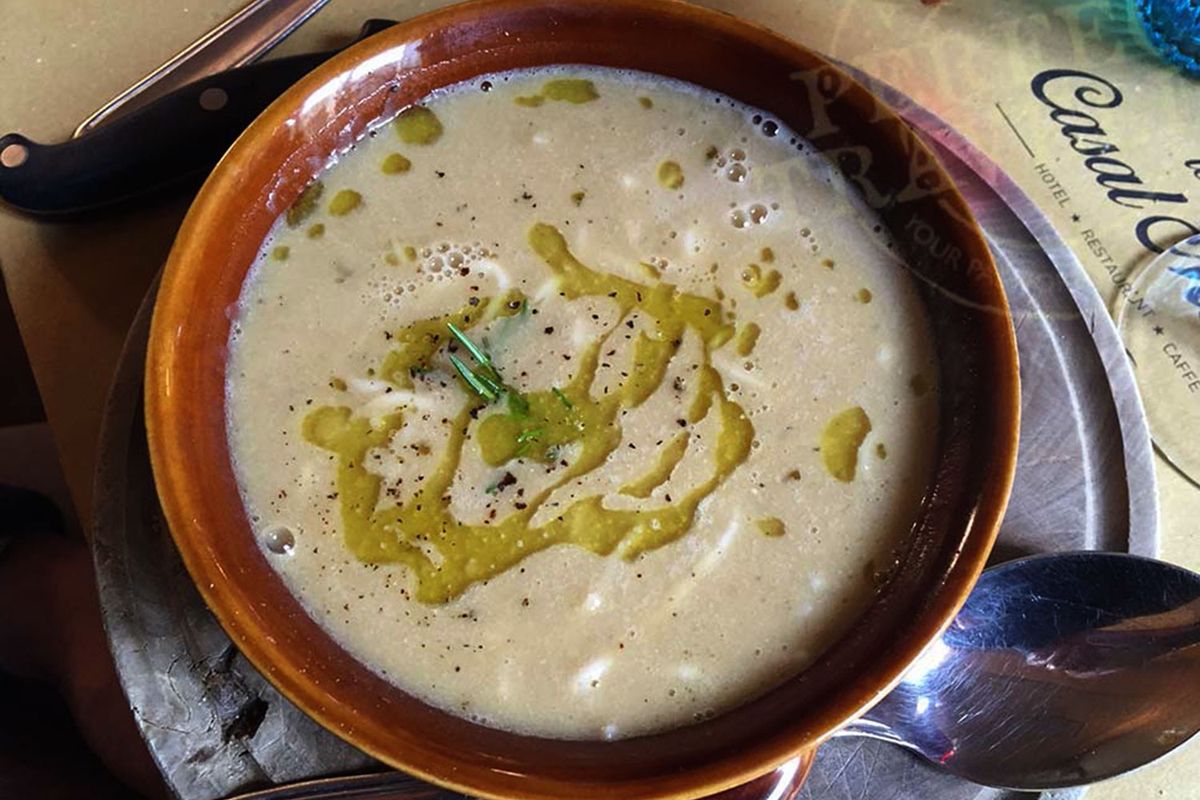 I sat back in my chair deciding in my mind will I, or won’t I write about this place for Perfect Traveller; only to have every man and his dog “invade” the place. I’ve seen what mass tourism can do in nearby Pienza! When I spoke to Paola about my dilemma, she declared that her small hotel and restaurant would never change and there was no space for busloads of tourists at Castelmuzio anyway. Besides she added Giulia would refuse point blank to be rushed in the kitchen and be made to “churn out” fifty plates of yuk masquerading as Tuscan cooking.

And here I am writing about this wonderful place which I hope you get to visit and enjoy one day. Oh did I mention the desserts; all made in-house so I went for the tiramisu having tried this dish all over the place in Italy and deciding recently will I ever bother again? Yes, is the answer to that, if I eat it here at Locanda di Casalmustia. 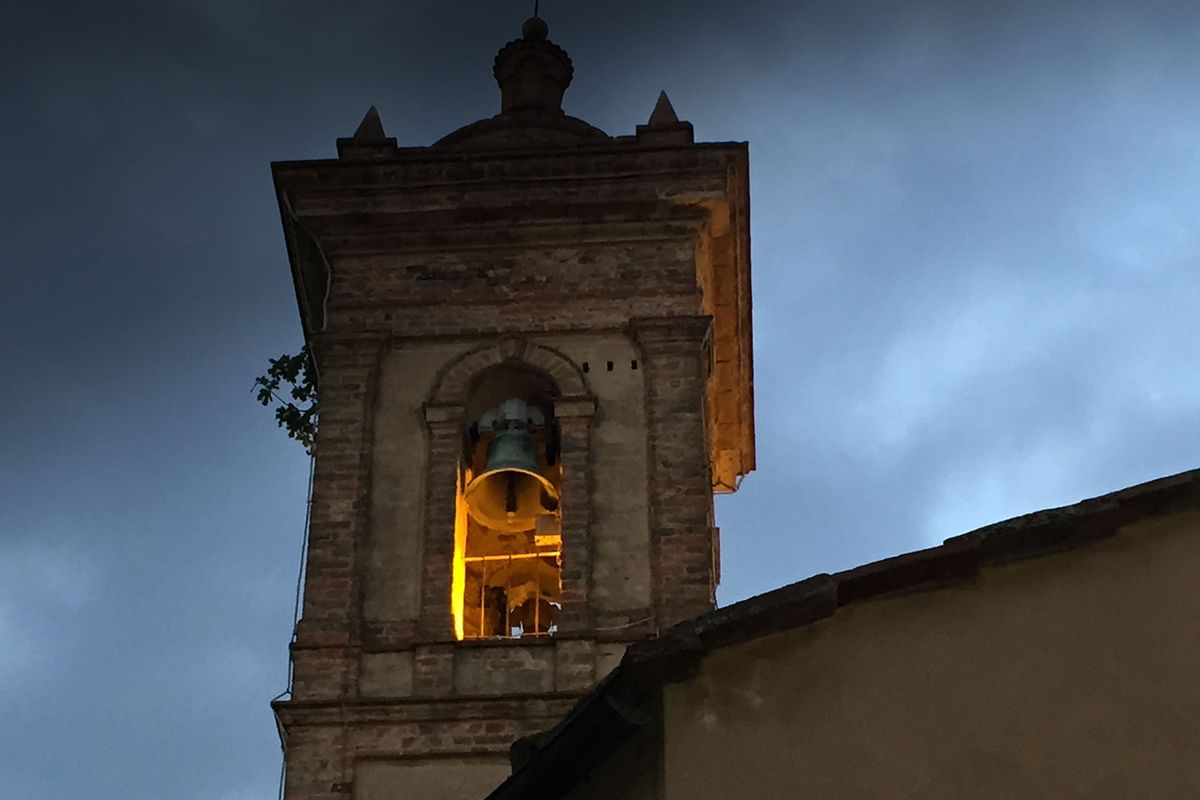 Night falling over Castelmuzio in Tuscany.

It was excellent and a special mention to the humble but delicious short-black coffee to finish off a memorable meal.

Note: I’ve had communication with Giulia Guerri who was the cook at Locanda di Casalmustia and great friend of the owner Paola Bagnoli, who informed me that Paola sold her business mid-2020.

She said to me that, "Don't worry Peter, Casalmustia is in excellent hands," and looks forward to having dinner there with me when I can travel safely to Italy. Good news all round.